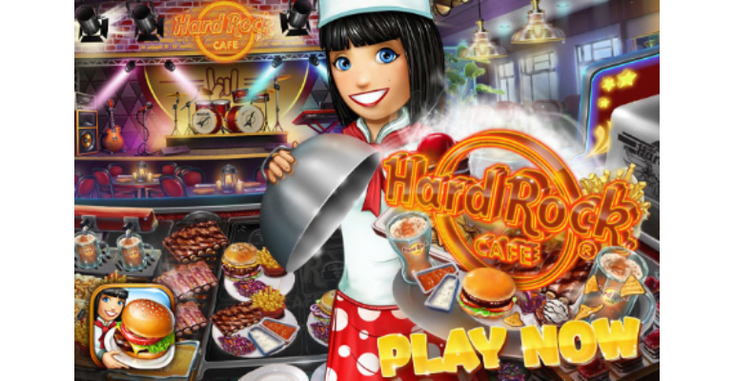 Hard Rock International has announced a partnership with Nordcurrent, a developer and publisher of free-to-play and casual games, to launch “Cooking Fever” and give guests the virtual experience of running their own virtual Hard Rock Cafe location through the mobile game.

"As a premier leader in the restaurant and entertainment industry, this collaboration with Nordcurrent is a natural brand extension, allowing for an exciting interactive gaming experience for Hard Rock fans of all ages," says Mark Linduski, director, licensing, Hard Rock International. "By integrating the Hard Rock Cafe brand into the ever-popular ‘Cooking Fever’ mobile game app, we are able to reach millions of established players worldwide. Our partnership with Nordcurrent further strengthens our strategic initiative to expand the brand and grow our Hard Rock fan base globally."

The game will give users exclusive mobile access to the items synonymous with Hard Rock, including rock 'n' roll memorabilia, live music entertainment

and authentic Hard Rock Cafe food and drinks. It also invites users to join millions of other players worldwide and step inside the kitchen of their own virtual Hard Rock Cafe.

"We're thrilled to bring Hard Rock Cafe to ‘Cooking Fever,’” says Victoria Trofimova, chief executive officer, Nodcurrent. “It's an exclusive opportunity for everyone who loves the Hard Rock brand to run their own Hard Rock Cafe, flavoring ‘Cooking Fever’ with a pinch of rock 'n' roll."