The "Godzilla Singular Point" collaboration has been revealed. 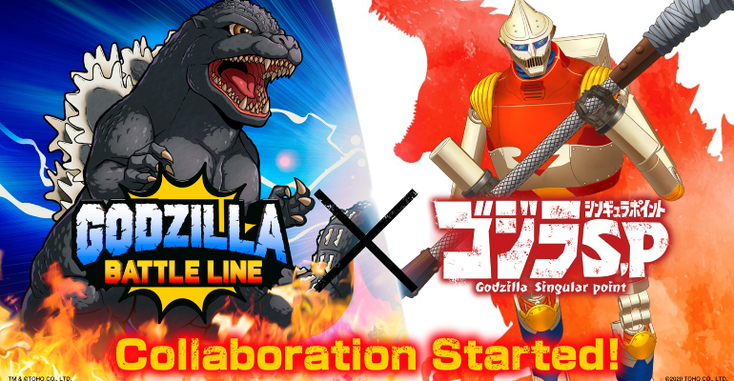 The games are being released alongside the Hollywood movie "Godzilla vs. Kong" and the anime TV series "Godzilla Singular Point," which streams globally on Netflix on June 24.

In Part I of the collab, Godzilla Terrestris, as seen in the Godzilla Singular Point anime, appears as a new battle piece that can evolve mid-battle into Godzilla Ultima. There will be player names and icons up for grabs during the event.

In Godzilla Battle Line, players build their team of the strongest monsters and fight against players from all over the world in real-time. Part II of the Godzilla Singular Point collab will be

announced soon. Godzilla Battle Line is available for download from the iOS App Store and the Google Play for Android store.