The Caped Crusader heads to “Fortnite” for new point-of-interest and exclusive items. 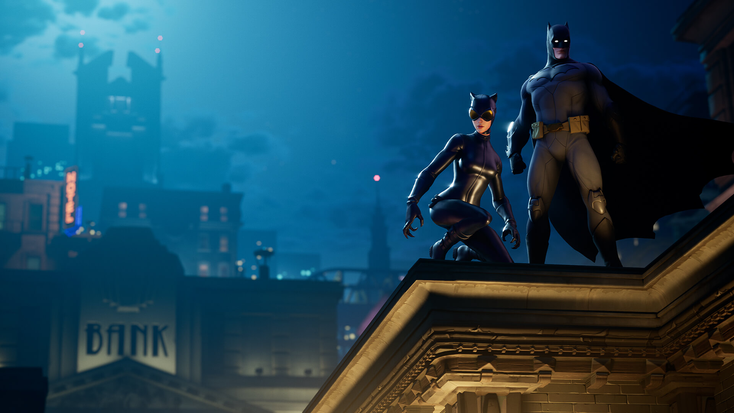 The collaboration sees Gotham City become a point-of-interest on the Fortnite map. Players will be able to skin their character as the Caped Crusader (in both classic and

The partnership comes during Batman’s 80th anniversary celebration and shortly after the honorific date of Batman Day. DC’s multi-platform property has been part of a far-reaching

“It’s the 80th anniversary of the Dark Knight, and we wanted to do something extra special for fans all around the world for Batman Day,” says Jim Lee, chief creative officer and publisher, DC, in an interview with

“I can’t imagine anything bigger than letting the legions of ‘Fortnite’ players take on the cowl and enter the world of Gotham City via Tilted Towers! Epic

Games has really outdone themselves in bringing the world of Batman to battle royale.”

Epic Games will debut two Batman-themed character skins on Oct. 6. Special in-game items from the collaboration will also include the Catwing Glider. To compete for rewards, players will visit a Rift Zone based on Gotham and face off against various henchman from the Batman universe. Challenges will be playable starting Oct. 1.

The Batman x “Fortnite” crossover continues Epic’s push to bring new content to its free-to-play title. Earlier this year, the company debuted a collaboration with Netflix’s

that brought the Upside Down to the game’s world.