Angry Birds celebrated its fifth “BirdDay” Thursday with a number of events in its home market of Finland and the launch of a new "Angry Birds" app episode. 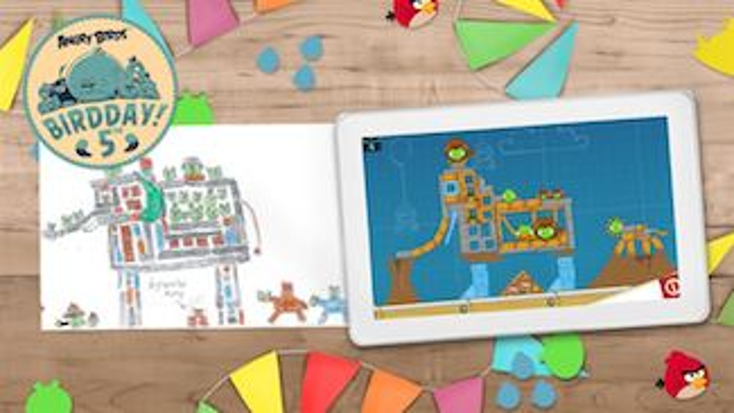 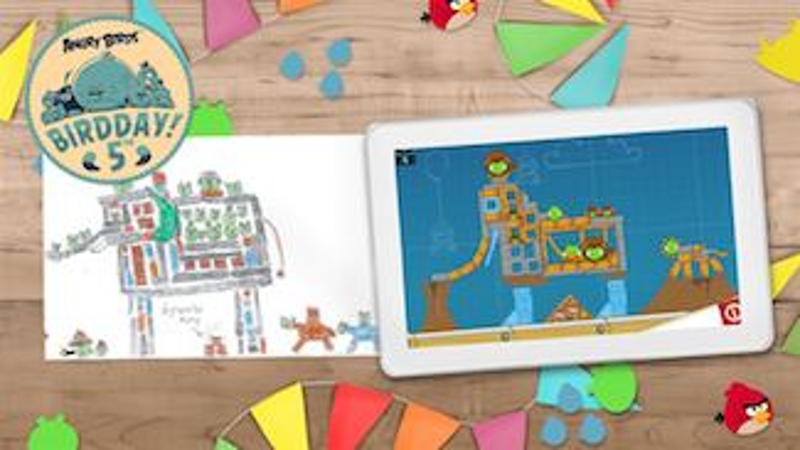 The new episode, titled “Play the Next Level,” features 30 new levels in the game app created by fans.

The winning levels were chosen through a social media competition that saw thousands of entries from every corner of the planet.

The competition was run with the help of a range of Rovio partners that called on their communities to take part including LucasFilm, National Geographic, the NHL, Sony Pictures Home Entertainment, Twitter, UNICEF, WWF and collaborator NASA.

In its home nest in Finland, Rovio hosted a party for more than 2,000 local kids and gifted every baby born in Finland on Dec. 11 with a special edition baby Flock outfit. The company also hosted a Finnish hockey league match between Espoo Blues and Porin Ässät.

“When we saw the first concept image for 'Angry Birds' back in December 2009, there was a strong feeling that this

was an idea that would take flight, but we couldn’t have dreamt of its scale,” says Mikael Hed, chief executive officer, Rovio. “In the past five years Angry Birds has grown into one of the most recognized brands in the world, and Rovio has grown into a global entertainment company producing games, books, animations, theme parks and many other products including a feature film due out in July of 2016.” 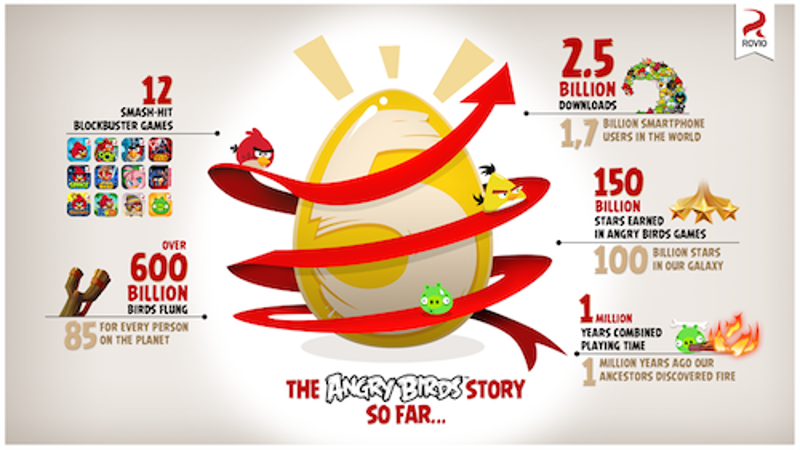