Everything in China is big–including its economy. The country is experiencing a fast expansion in every way. How will it effect the global licensing industry? 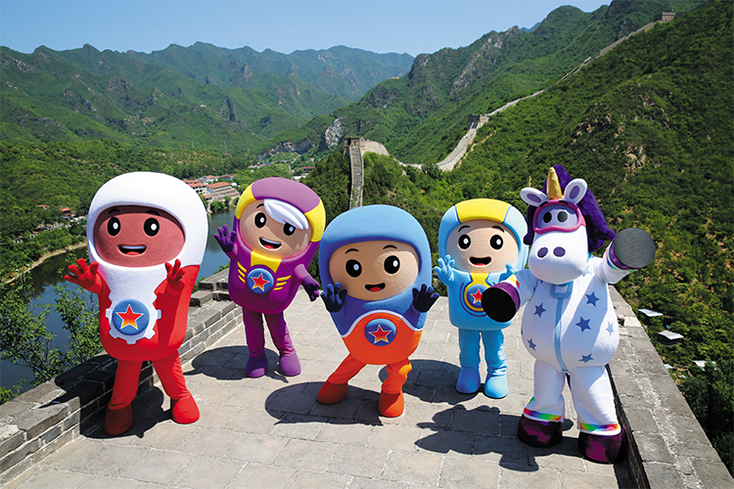 For the vast majority of recorded history, China was home to the largest economy on the planet. It wasn't until the Industrial Revolution that efficiency of agricultural production accelerated faster than population growth, allowing the average income to rise for the first time in history. This fundamental shift in economic law enabled the West to become a dominant force for the next 180 years.

But in recent years, the pendulum has started to swing. Since initiating major market reforms in 1978, China has experienced economic growth, the likes of which have not been witnessed since the Industrial Revolution–the value of Chinese trade has doubled every four to five years, according to the World Bank. Even during the financial crisis, with financial institutions failing and most economies pushed into recession, China continued to have one of the highest rates of economic growth across the globe and has remained the largest contributor to world growth since the global financial crisis of 2008.

social impact of China's economic expansion has been profound. Most notably, some 800 million people have been lifted out of poverty–more than 12 times the total population of the U.K.

But this rapid economic ascendancy has also brought many challenges. Per capita income is still a fraction of that in advanced countries, and approximately 55 million remain in poverty, more than the entire population of South Korea. Problems such as inequality, rapid urbanization, environmental issues and an aging population continue to plague the country.

By far the biggest challenge facing China is that of forming a sustainable model for economic stability. The transition from a middle-income to a high-income economy is often more challenging than the transition from a low-income to a middle-income economy. While China's economic growth remains impressive by global standards, it has gradually slowed since 2012, and significant policy adjustments are required if the nation is to expand on its recent achievements.

To achieve stability, China needs to move away from the low-wage, high-exports model of yesteryear to a balanced economy where domestic spending plays a greater role. In order to successfully manage such a transition, China needs to boost consumption and it is through this prism that the retails and brand licensing markets are so interesting.

Retail has played a major role in China's economic growth as the country continues its transformation journey. Consumption contributed to nearly 60 percent of China's economic expansion in 2017, according to the country's National Bureau of Statistics.

Middle-class consumers in China, estimated to be somewhere in the region of 430 million strong, are becoming increasingly influential in the retail sector. McKinsey & Company estimates that more than 75 percent of China's urban consumers will earn between •60,000 and •229,000 per year by 2022.

While China has established itself as a leader in e-commerce, brick-and-mortar stores continue to prosper too. Sales in China's malls have increased an average of 8 percent for the past three years. The country also added 5.75 million-square-meters of retail space last year, according to property services company CBRE.

The continued expansion of brick-and-mortar has presented a clear opportunity for global brands and retailers such as Zara, H&M and Adidas as they continue to ramp up their presence across the country.

Online spending continues to be the shining star in China's retail story. E-commerce saw sales jump 32 percent to •7.18 trillion in 2017. Chinese e-commerce has exploded, averaging a 43 percent increase each year for the past five years. Online sales now account for about a fifth of total retail in the region.

Alibaba and its rival JD.com accounted for roughly 80 percent of consumer e-commerce sales between them.

More than 40 percent of all licensed sales now come from online purchases–the highest for any country, according to statistics from the International Licensing Industry Merchandisers' Association (LIMA).

Considering China is now the second largest economy and consumer market in the world, it holds relatively little sway over the licensing market.

The country saw $8.072 billion of licensed merchandise sales in 2016, according to LIMA's 2017 Global Study, placing it fifth on the global stage, behind the U.S., U.K., Japan and Germany. Compared to the U.S.' $144.5 billion worth of sales, China remains a small fish in a very large pond. Given the sheer scale of the Chinese economy and consumer market, China is the most under-exploited market of them all and presents a clear opportunity for global licensors.

While the nation's share of the global licensing market remains relatively minute, China's rate of revenue growth is outpacing every other country on earth. In 2016, licensed revenues grew 6 percent year-over-year, compared to 5 percent in the U.S., 5 percent in Japan and 4 percent in Germany.

Despite the relatively immature market, there are a few licensed property types in which China punches well above its weight. For example, the country has the second largest publishing sector, with $289 million in licensed sales in 2017. It is also the third largest contributor to celebrity property sales and the third largest for fashion.

With more than 50 million Chinese people living overseas, the potential for China to export brands globally is significant. While the export market remains relatively subdued for now, there is certainly a growing appetite for licensed products and content around the world. For example, the cartoon character Luo Bao Bei has already earned more than 1 billion yuan ($156.8 million) in gross income from overseas licensing deals. Its producer Hangzhou MagicMall Animation Production has signed licensing agreements with broadcasters in Australia, France, Italy and the U.S.

However, it is the U.S. and European brands that stand to gain the most by tapping into China's burgeoning middle class. While the potential rewards are great, so are the challenges. Cultural differences, market conditions and government regulations all pose significant barriers for companies seeking to operate in China. On top of this, the country is often criticized for its lack of legislative protections for intellectual property, as well as widespread counterfeiting activities.

These barriers have the potential to undermine the value of licensing deals and have undoubtedly stunted the growth of the licensing market over the years; however, the potential market is so significant that China has taken significant measures to make the country a more attractive option for foreign brands.

Since joining the World Trade Organization (WTO), the country has strengthened its commitments to IP protection and the National People's Congress has established a framework of laws, regulations and departmental rules to tackle trademark violations.

The irony? As China continues its transformation to a consumer-based economy, there is now a domestic demand for the goods it is famed for manufacturing and exporting. As wages continue to grow, manufacturing margins have been squeezed and many companies are now looking to countries like India to maintain the low-cost production of goods.

Meanwhile, the country's burgeoning middle-class is looking for new ways to spend its disposable income. Foreign licensors are acutely aware that this new market of Chinese consumers represents a lucrative opportunity and are looking for ways to capitalize on it. There are several product categories that are proving to be key markets for licensors in China.

The global fashion accessory manufacturing industry has significantly grown over the past five years as a result of overall improving economic conditions, and nowhere is this trend more apparent than China. The country generated $1.68 billion in licensed revenues for fashion accessories in 2016, making it the second largest market, behind only the U.S.

Demand for higher priced luxury products has also led many Europe-based accessory companies to shift their focus to emerging markets such as China, and global revenues for fashion accessories have grown at an annualized rate of more than 5 percent as a direct result.

Despite the strong growth for accessories, China remains a relatively untapped market for foreign players. For example, China is the second largest market for jewelry in the world, yet imports only account for 6.2 percent of domestic Chinese demand.

Toys remain the largest licensed product category in China, with $1.85 billion of licensed retail sales in 2016. As household income has increased, domestic toy demand grew an average of 8 percent per year between 2012 and 2016. China remains the largest manufacturer and exporter of toy products, producing over 70 percent of the world's total.

For many Western nations, China is something of a paradox. They struggle to comprehend how a country can be both communist and hyper-capitalist at the same time. But the truth is, this is just the tip of the paradoxical iceberg. China contradicts almost every facet of socioeconomic convention. It is an undisputed global superpower, yet struggles to generate enough energy to power its cities. It holds $1 trillion in U.S. debt, but its per capita GDP remains roughly one-tenth of the U.S. It invests more each year in renewable power than any other country, but the skies above its cities remain encircled by smog.

When one looks at the licensing market through this enigmatic lens, the possibilities are both finite and endless. China has more relatively affluent consumers than any other nation on earth, the retail market is growing faster than most any other domestic sector and as the government begins to ease restrictions on global trade, a generation of Millennials are hungry for global brands.

At the same time, the barrier to enter the market for global licensors is much higher than other more mature markets. Despite a marked effort from the government to bring the Chinese licensing market in line with its Western counterparts, significant barriers remain.

Those that can successfully overcome these challenges in the coming years will have access to the most under-exploited and potentially lucrative licensing market to-date.