From Amazon's Alexa to "Snapchat," video game consoles and more, a breadth of new technology is beginning to dominate consumers' lives. License Global takes a look at how artificial intelligence, augmented reality and virtual reality are shaping the licensing industry with entirely new consumer experiences. 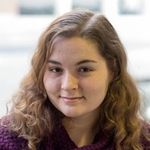 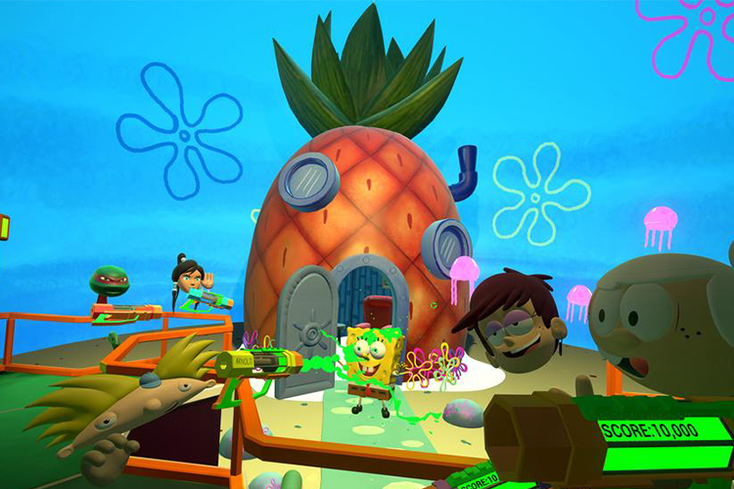 Let's face it. Technology is constantly changing and advancing in ways like never before, and with it comes a gamut of options including artificial intelligence, augmented reality and, of course, virtual reality that licensors can utilize to showcase their IP.

The home automation category, for example, is seeing significant growth due to popular AI products like Amazon's Alexa and Google Home. According to the 2017 The Future of Tech report from The NPD Group, home automation products will add $1.8 billion in new consumer electronics sales through 2018. The report also forecasts 74 percent growth in the category, from 2016 to 2018.

"Awareness and interest are starting to build significantly for smart home products, with Alexa and Google Home catalyzing growth," says Stephen Baker, vice president and industry analyst, The NPD Group. "Digital assistants will claim a major piece of the consumer market in 2018, and in doing so will drive adoption of compatible devices and solutions."

brand owners have identified the technological shift and are starting to tap into the world of artificial intelligence.

Late last year, Warner Bros. Consumer Products partnered with digital innovator Rain to launch an immersive, voice-enabled storytelling program called "Scooby-Doo! Mystery Inc. Theater" for Alexa-enabled devices. The new program, dubbed a "skill" within the Alexa platform, allows kids and families to follow and work alongside Scooby-Doo and the gang to unravel the secrets behind their latest escapade by simply saying "Alexa, open Scooby-Doo." Throughout the story, the narrator will ask what the characters should do next–such as go down the hallway or stay outside–and it is up to listeners to make the choice.

Activision has also jumped on the AI bandwagon with its video game franchise "Call of Duty." Most recently, the gaming company launched the "Call of Duty" Alexa skill, which features an array of support options to improve players' experience including personalized player recommendations, updates on in-game achievements and the ability to stay connected and compare play with other users.

And artificial intelligence doesn't stop there. The technology is also being used for marketing and social media campaigns. In April, Getty Images partnered with Cortex, an AI platform that recommends the best Getty Images content for social media campaigns. Through the agreement, Cortex's AI platform will analyze several years' worth of data from more than 33,000 brands to predict and recommend which color schemes, imagery and keywords will perform best on social media, which can then be automated by time, frequency and subject.

Retailers are also starting to utilize the new technology. At the Appliance & Electronics World Expo, which took place March 8-11 in Shanghai, China, the Midea Group unveiled its new "Smart New Retail" AI platform, which includes a voice AI assistant to enquire about customers' needs, wants and shopping preferences; facial recognition with gender, age and fashion style; big-data integration of past purchase history; and more, which will allow for highly individualized and customized shopping experiences.

So what is on deck for the future of AI? It appears Sony already has the answer. The company recently entered into an agreement with Carnegie Mellon University to collaborate on AI and robotics research.

The initial research and development efforts will focus on optimizing food preparation, cooking and delivery, which was selected because the technology necessary for the robot to handle the varied tasks of food preparation can be applied to a broader set of skills.

"This project has the potential to make the vast possibilities of AI and robotics more familiar and accessible to the general public," says Dr. Hiroaki Kitano, corporate executive, Sony Corporation. "Additionally, it could also assist those for whom daily tasks, such as food preparation, are challenging."

While AI continues to gain traction among brand owners, augmented reality is another hot-button area of new technology that licensors are clamoring to be a part of–especially following the success of Pokémon Company International's "Pokémon Go" in July 2016.

One of the biggest purveyors in the AR space is "Snapchat," which has partnered with a multitude of brands–including Ghostbusters, Pokémon, Hello Kitty, Harry Potter and many others–to debut in-app lenses. Most recently, Snap Inc.'s camera platform for AR, Lens Studio, collaborated with StudioMDHR, creator of "Cuphead," to showcase how game development can bring users' favorite characters and worlds to life in AR on "Snapchat." King Features, which represents "Cuphead" for licensing, assisted in the deal. Through the collaboration, Snap and StudioMDHR created a "Cuphead" lens that invites users to jump into the classic "run-and-gun" game alongside their favorite characters.

Meanwhile, in collaboration with Klei Entertainment, Snap introduced a new "interactive path" template to its Lens Studio, which allows developers to bring their characters to life via user-controlled "triggers." To illustrate the new template, Klei Entertainment used Lens Studio with its existing character Chester from the video game "Don't Starve." To utilize the AR technology, users can tap to place the character, drag their finger along a surface within the camera preview and then watch the character follow the path they've created.

Although "Snapchat" boasts an extensive range of AR opportunities for brands, the platform has unveiled a new way to broaden its ad options via AR-shoppable lenses.

The new shoppable AR lens will allow advertisers to add a "Buy Now," "Watch" or "Install Now" button on branded lenses, turning every branded selfie into a potential purchase, view or download–and big brands are already on board. STX Entertainment, a film production company, has already utilized the lens to promote its new movie I Feel Pretty. Adidas, Clairol and King, the company behind "Candy Crush," are also on board.

"Shoppable AR lenses give brands a new way to leverage our unique scale–more than half of the 13- to 24-year-old population of the U.S. plays with our AR lenses each week on average–to drive real and measurable ROI, whether that's through sales, downloads, lead gen or video views," says Peter Sellis, director, revenue product, Snap, Inc.

"Snapchat" isn't the only platform that's trying to disrupt the AR space for brands and retailers. Perfect Corp., for example, has partnered with the marketing health and beauty company Amway to launch a mobile application aimed at redefining the consumer shopping experience for the Artistry beauty brand. The partnership will see Perfect Corp. utilize its "YouCam Makeup" AR app to allow users access to personalized skincare product recommendations as well as the opportunity to test, discover and purchase more than 150 makeup SKUs. The "Artistry Visual Beauty App" experience launched in Korea last month, and will roll out to Japan, Thailand, the U.S. this year.

Zara, the fashion chain owned by Inditex, also unveiled AR displays last month in an effort to attract Millennials. The AR displays showcase models wearing select looks from the retailer's collections when a mobile phone is held up to a sensor within the store or designated shop windows. Customers are also able to click through to buy the highlighted clothes.

Perhaps the pinnacle of new technology is virtual reality, which is expected to generate $1.8 billion in the retail and marketing sectors in 2022, according to market foresight advisory firm ABI Research.

At the forefront of the VR field is Sony, which has expanded its popular PlayStation video game console into the space with the launch of the PlayStation VR system. The console, which was introduced in October 2016, features games from a variety of brands including "DreamWorks' Voltron VR Chronicles," "Batman: Arkham VR," "Star Wars Battlefront Rogue One: X-Wing VR Mission," "Star Trek: Bridge Crew" and "Skryim," among many others.

Sony has even unveiled a host of VR experiences for the PlayStation VR including "Stranger Things the VR Experience," allowing users to discover the truth behind the disappearance of Will Byers; "Spider-Man Homecoming VR Experience," which will see users complete targeting trials to defeat The Vulture; and "Justice League VR: The Complete Experience," which goes behind the mask of some of DC Comic's most iconic superheroes. Moving forward, Sony plans to further expand the PlayStation VR platform with additional games and experiences.

The world of VR can also be found beyond normal gaming platforms. Look at Six Flags, which has a long-term partnership with Warner Bros. Consumer Products for in-park VR experiences. The collaboration has seen the launch of multiple VR rides including the recently launched DC Super Heroes Drop of Doom VR at Six Flags Magic Mountain in California, which equips passengers with a VR headset to follow Superman and Wonder Woman as they battle Lex Luthor and his anti-gravity gun.

Another VR experience that is available to consumers beyond gaming platforms is the "Cirque du Soleil Virtual Reality Experience," which is co-produced by Cirque du Soleil Images and Felix & Paul Studios. The experience includes four different iterations–"Inside the Box of Kurios," "KĀ The Battle Within," "Dreams of 'O'" and "Through the Masks of Luzia"–and has recently been picked up by Paris-based mk2, which will release the experiences at its VR cinema locations throughout the French capital. The company also has plans to broker distribution licenses to other third-party VR cinemas and location-based entertainment centers across the globe.

The Circuit of Wales also partnered with The Extreme Sports Company, owner of the Extreme lifestyle brand, to develop an Extreme-branded sports, leisure and entertainment destination, which will include a virtual reality zone.

Finally, Nickelodeon is entering the world of VR through a new partnership with IMAX, which will bring the network's first multi-player social VR experience, SlimeZone, to IMAX VR Centres globally. The new SlimeZone will see up to six players select an avatar to step inside the Nickelodeon virtual world, play games, watch cartoons and slime their friends. Non-VR players will also be able to participate as they explore the Nickelodeon world in spectator mode, which allows them to fly a virtual drone from a device to slime players.

The Nickelodeon SlimeZone is currently open at IMAX VR Centres in Los Angeles, New York City and Toronto, with additional locations set to open in Shanghai, Bangkok and Manchester.