2014 was year of big successes (Frozen), milestones (Hello Kitty’s 40th) and industry-changing innovations (3D printing). Here’s a recap of the news that shaped the year and laid the foundation for 2015. 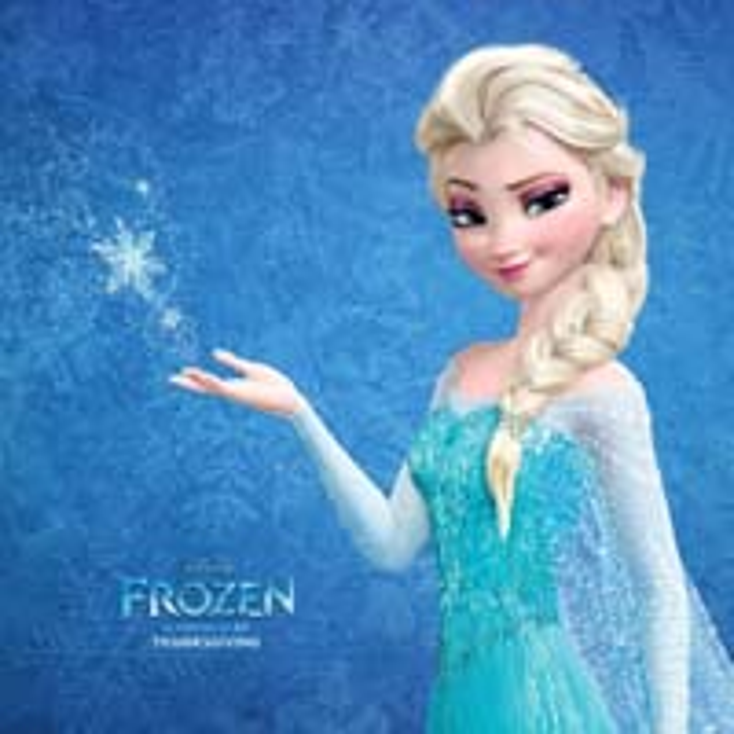 2014 was year of big successes (Frozen), milestones (Hello Kitty’s 40th) and industry-changing innovations (3D printing). Here’s a recap of the news that shaped the year and laid the foundation for 2015.

carried through the 2014 holiday season, and the brand even ousted Barbie as the No. 1 toy on girls' holiday wish lists, ending the doll's 11-year reign.

Disney also released its first original content for the Star Wars brand since it acquired Lucasfilm in 2012, the TV series "Star Wars Rebels," and had the second highest grossing domestic movie of the year, with

underscored the studio's new focus on building evergreen boys' franchises like those it has on the girls' side of the business (think Disney Princess and Minnie Mouse). Josh Silverman, executive vice president, global licensing,

Disney Consumer Products, outlined how the studio planned to leverage Marvel and Star Wars content to grab a bigger share of the boys' market in the

But the year's successes didn't keep Disney from looking to the future. Among the new projects announced for 2015 and beyond are Walt Disney Animation Studios' follow up to

, which is scheduled for late 2016; Disney Channel's TV movie

, which will star the offspring of some of the studio's most iconic villains; as well as tantalizing trailers for May's

and the first new Star Wars film in 10 years,

With the demand for a retro aesthetic showing no sign of fading, a number of licensors planned comebacks for classic characters.

SEGA re-introduced the world to Sonic the Hedgehog with a whole new iteration of the classic brand–Sonic Boom–that features a revamped look, new video games and a CGI TV series.

DreamWorks picked up the rights to Felix the Cat, adding another iconic brand to its Classics portfolio.

And Authentic Brands Group used one of the biggest movie stars in history (and one of its most successful brands), Marilyn Monroe, as the inspiration for a new girls' brand–Mini Marilyn.

One of the biggest stories of the year was the creation of Li & Fung's spin-off licensing operation. The company created the standalone Global Brands Group in May, freeing up Li & Fung to focus on its core business of sourcing. Then in December 2014, the newly formed GBG announced a joint venture with David Beckham to develop a lifestyle brand for the soccer star.

The formation of GBG followed another major move by Li & Fung in January 2014, when the company acquired the world's fifth largest licensing agency, The Licensing Company.

Meanwhile, entertainment company Saban Brands made a big statement about its future plans when it launched a dedicated lifestyle unit. The division is currently anchored by Paul Frank, footwear brand Macbeth and the Australian fashion label, Mambo, which it acquired in January.

And publishing company Hearst took a stake in a new kind of content when it acquired a 25 percent interest in the YouTube network AwesomenessTV from DreamWorks.

In fact, AwesomenessTV was in the news a lot last year. After acquiring the multi-channel network in May 2013, DreamWorks took the next step in bringing the AwesomenessTV's brands to market when it appointed retail veteran Jim Fielding (formerly of Disney Stores and Claire's) to lead the brand's consumer products and retail efforts.

Fielding made short work of initiating the network's first retail activations with a capsule collection (and corresponding web series) launched at Kohl's in September, followed by the opening of the [email protected] pop-up store in Los Angeles in November.

Nickelodeon went a step further when it unveiled plans for five permanent retail locations, the first of which will open in London in the second quarter of this year.

Following a disappointing 2013, Toys 'R' Us outlined a strategy to improve performance, called the TRU Transformation, that led to a number of innovative partnerships including in-store shops from tween/teen jewelry retailer Claire's, a pilot program for in-store 3D printers that create custom toys in under 30 minutes and a partnership between Babies 'R' Us and Disney Baby to offer combined services to parents.

At the same time, Target took a different transformation tack, replacing long-time Target CEO Gregg Steinhafel with Brian Cornell, formerly of PepsiCo and Sam's Club. In one of his first big moves, Cornell announced this January that the company would close its Canada operations (launched just two years ago) in order to focus on the U.S. business.