Kanye West Gets Booted from adidas: What Does this Mean for the Licensing Industry?

adidas, Gap and others have distanced themselves from Kanye West – what precedent do these moves set for the future? 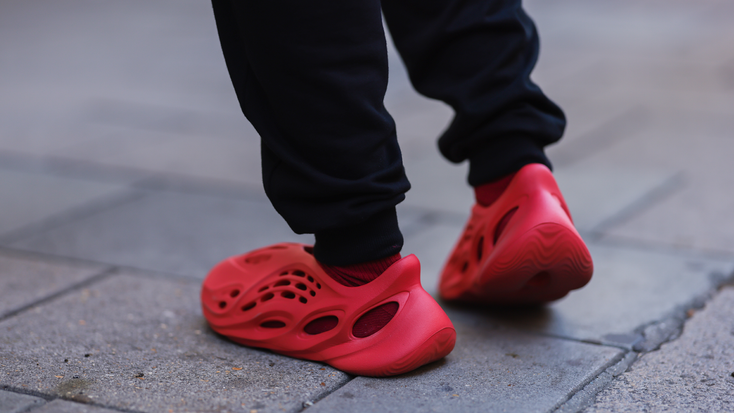 announced on Oct. 25 it had terminated its partnership with

(now self-referenced as Ye) after West made headlines for making antisemitic remarks.

“adidas does not tolerate antisemitism and any other sort of hate speech,”

adidas said in a statement.

“Ye’s recent comments and actions have been unacceptable, hateful and dangerous, and they violate the company’s values of diversity and inclusion, mutual respect and fairness. After a thorough review, the company has taken the decision to terminate the partnership with Ye immediately, end production of Yeezy branded products and stop all payments to Ye and his companies. adidas will stop the adidas Yeezy business with immediate effect.”

The decision’s negative impact on adidas’ bottom line in the short-term is estimated to be nearly $250 million.

have also decided to pull the sneakers from shelves, losing out on possible dollars. With such a high negative impact on businesses, why would a company

sacrifice that much by terminating a highly profitable collaboration?

In short, it’s because a collaboration with a polarizing figure in the media often does more harm than good for a business. Research on consumer behavior backs this up. More than six in 10 consumers under 30 closely consider a company’s ethical values and authenticity before buying their products,

Case in point: in 2020, beauty guru, Jeffree Star, came under fire after multiple accusations of racism, manipulation, harassment and more. As Star’s YouTube subscriber count plummeted, one of his largest retail partners (for his brand, Jeffree Star Cosmetics), Morphe, cut all ties with him even though the partnership was initially worth millions. Athlete, Lance Armstrong, made headlines after being caught using performance-enhancing drugs, resulting in him losing his sponsorship deals. Celebrity chef, Paula Deen, admitted to having used racial epithets, leading to her losing her Food Network show and multiple product deals.

The same is happening for West.

. According to data that Variety gathered from Luminate, albums by Kanye West are down 23% (through Oct. 20, as compared to the previous week) and airplay (spins on radio) have dropped down to 13% in the U.S. Stations like Los Angeles’ KIIS-FM refuse to play any of the rapper’s songs at all. West also has lost his billionaire status, with his

net worth plummeting to $400 million

according to Forbes. Just last year, Forbes concluded that he was worth $2 billion. With this large net worth loss, businesses connected with celebrities in West’s shoes will lose revenue by extension. If companies don’t put their money where their mouth is, it will have a much more devastating impact on the business because

consumers protest with their dollars

The entertainment industry and other consumer product companies have cut ties with the rapper in protest of his actions, taking a stance with their customers. Talent agency,

, dropped West this past month after a slew of controversy, and a completed documentary about West in collaboration with film and TV studio, MRC, has been shelved. Fashion house, Balenciaga, has also distanced itself from West after years of collaboration.

its partnership with West

in September but took additional steps and followed adidas in releasing a condemning statement.

. “Our former partner's recent remarks and behavior further underscore why. We are taking immediate steps to remove Yeezy Gap product from our stores and we have shut down Yeezygap.com. Antisemitism, racism and hate in any form are inexcusable and not tolerated in accordance with our values. On behalf of our customers, employees and shareholders, we are partnering with organizations that combat hate and discrimination.”

For licensing professionals, these PR moves on behalf of adidas and Gap should come as no surprise. The condemnation of West in the industry is further propelling a consumer trend: consumers want to feel connected to the merchandise they buy, and if the face of a brand collaboration is the antithesis to that, then that merchandise (rightfully) will not sell. That’s why adidas ended the partnership in the first place.

“Those who continue to do business with West are giving his misguided hate an audience,” Ari Emanuel, chief executive officer, Endeavor,

wrote in a recent opinion piece in the Financial Times

. “There should be no tolerance anywhere for West’s anti-Semitism.”

As for this writer, I strongly agree with Emanuel’s sentiments. Sticking by a celebrity who dehumanizes others isn’t only bad business practice, it reinforces that that kind of behavior is acceptable. Hate speech should not be accepted anywhere, and it’s our job in the licensing industry to make sure that we aren’t perpetuating dangerous and disgraceful lines of thought, regardless of our bottom line.