The Evolving Art of Product Placement

Out with the old and in with the new. 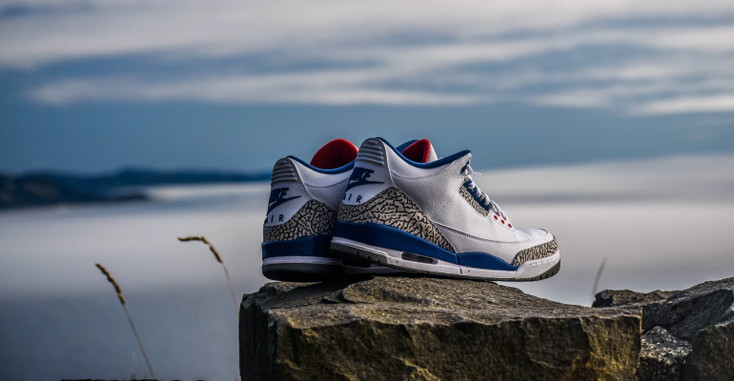 From Reese’s Pieces in E.T. to Tony Stark’s Audi E-Tron, movie and TV viewers are accustomed to product placement in scenes and even as plot elements. According to Investopedia, product placement (also known as embedded marketing) is a form of advertising in which branded goods and services are featured in a production that targets a large audience. Products have been placed in films as a type of quid pro quo since way back in the era of silent cinema. A Hershey bar’s prominent presence in the Oscar-winning 1927 film, “Wings,” proved to be a sweet deal for the confectioner, so inking the E.T. deal was surely a no-brainer.

There’s a lot to unwrap with this topic. What’s the ROI? It’s hard to put a number on what the bottom line would be, but brand licensing is often about more than measurable profit. There’s definite value beyond revenue that goes to brand awareness and customer loyalty. Brand placement can create interest in tie-ins to larger promotional deals.

Not only is product placement

here to stay; most consumers respond well to it. An entertainment marketing report done by Hollywood Branded in 2015 stated that 85 percent of people report that they recognize product placement in television and film, and 57 percent reported buying a product they’ve seen onscreen. And in this age where many people are streaming commercial-free content, product placement is a good way to get those brands in front of people’s faces and into their minds.

And unlike commercials, which many viewers find annoying, (whether pre-show ads in the theater or typical TV spots), embedded product placement doesn’t typically get a bad rap. According to an article in The Journal of Advertising, viewers not only recognize brands placed in films, “Consumers do not really mind seeing products placed in motion pictures.”

And product placement has profit potential. According to data collected by Statista, embedded marketing raked in almost $11.44 billion in the U.S. in 2019. The same report indicated that roughly 49 percent of Americans acted after seeing product placement in media. Brand recognition leads to brand loyalty, which can lead to or promote brand licensing. “I’m familiar with Coca-Cola, I’m loyal to Coca-Cola and I want to buy some branded Coca-Cola items to show my loyalty.”

Product placement can create market buzz and increase or even create demand. This happened with Swingline staplers after a red Swingline stapler was featured in the film, “Office Space.” The company didn’t make full-sized red staplers (the one in the film was painted red), but as the film became a cult classic, fans wanted that red stapler. In 2002, three years after the film’s release, Swingline began making and selling full-sized red staplers, including some branded specifically for the film.

As special effects have improved, virtual product placement – products added during the editing process using CGI – has become commonplace. But what if you could go back in time, so to speak, and pull a brand switcheroo in a classic film? Imagine Citizen Kane’s “Rosebud” re-branded as a Radio Flyer sled instead. Or maybe swapping out Benjamin’s Olympia beer for a Budweiser in “The Graduate” or even adding a few well-placed billboards as he races to stop Elaine’s wedding.

Is this type of retroactive brand marketing feasible? It is; in fact it’s happening, according to an article in BBC News. Miiriad, an ad agency that won an Academy award for special effects for the movie, “Black Swan” uses computer tech to insert products or signage into existing content.

Another thing to consider is the Big Brother aspect. You drink bourbon, but I prefer rye and Big Brother may know it. Today, it’s possible to digitally insert placements in media content based on the individual viewer’s likes (much the same way Facebook and Google targets ads to consumers). Some syndicated television shows have had updated product placement digitally placed into their reruns.

As far as classic films go, the idea may be complicated by who owns the film and who wants to add in some branding. But with a deal like Amazon buying the MGM catalog, it certainly seems like a practice that may well switch into high gear. It’s easy to imagine Coca-Cola garnering a deal to add a few Coke bottles or a well-placed advertisement in Pop’s Soda Shoppe in “West Side Story.”

Classic film purists may shake their heads or their fists in much the same way they did over colorization back in the 1980s. But complaining did little to deter media mogul Ted Turner when he bought the rights to a film vault’s worth of classic films and proceeded to colorize them.

A final consideration is the potential for anachronistic placements. No one wants to see an Under Armour logo appear on James Dean’s iconic white T-shirt in “Rebel Without a Cause.” Incredible CGI allowed Forrest Gump to “meet” historical figures in archival footage. Would it be acceptable if his Russell Stover’s chocolates were transformed into a box of Millennium sweets (a brand launched in 1999)? Bond fans were unhappy enough when BMW procured product placement for its car to replace the beloved Aston Martin in “Goldeneye” (1995), “Tomorrow Never Dies” (1997) and “The World is Not Enough” (1999). It might be even harder to accept if James Bond’s ride became a Tesla.