Distributed by Amigo, “Miraculous Secrets” is coming to Germany and Austria, with more European launches this spring. 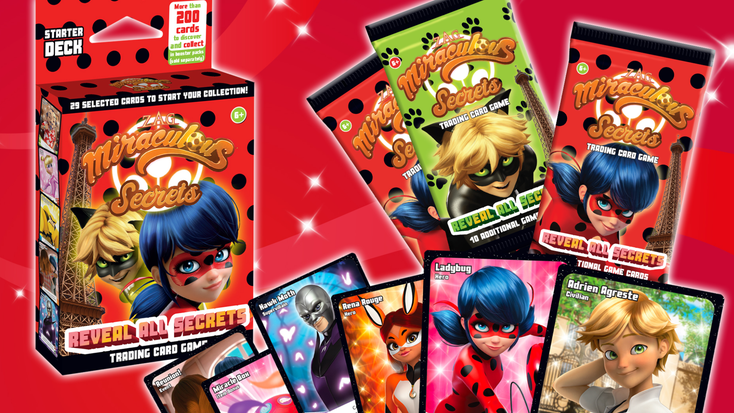 has launched its first trading card game for the “

” franchise at retail in Germany and Austria and will roll-out to other European countries in the coming months.

“Miraculous Secrets,” from the ZAG Play Toy Division, was developed in partnership with Epopia, the creator of an interactive platform that encourages children to read and write. The two companies partnered with ZAG in April 2021, acquiring global licensing rights to ZAG’s brands to create personalized and interactive storytelling. “Miraculous Secrets” is distributed by Amigo, the European game maker.

With the new “Miraculous Secrets” trading card collection, fans can find their favorite characters, their multiple transformations and discover unpublished secrets from the animated TV series.

will be released in the rainbow foil design. Players will try to uncover the secrets of their opponents as they help the teen superheroes defeat the villains and defend their city of Paris.

“Featuring the bold cinematic visuals from ‘Miraculous,’ we anticipate strong demand from fans of all ages across Europe who will be eager to collect the rarest of cards and exchange them with friends to complete their Miraculous Secrets collection,” says Jeremy Zag, founder and chief executive officer, ZAG. “All of us at ZAG are delighted to solidify our relationship with Epopia with the launch of this first Miraculous trading card game.”