Master toy range from Simba Dickie Group rolls out this fall, following launch of the preschool series on European linear channels this month. 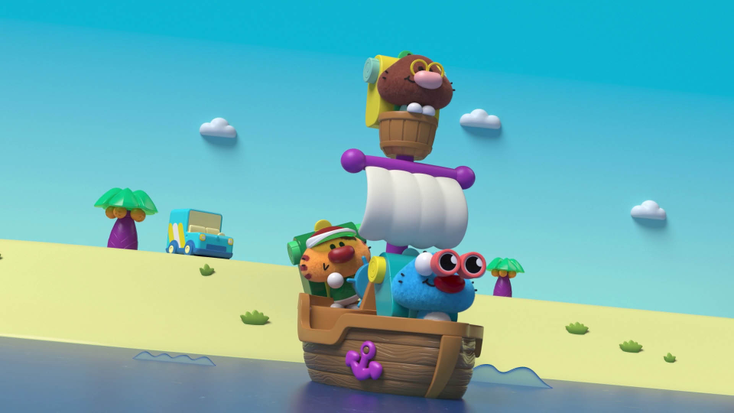 .” On the consumer products side,

will start rolling out an “Oggy Oggy” master toy range this fall featuring a collection of plush, figurines, playsets and vehicles, in stores across France, Germany and Italy.

Xilam has also launched a dedicated “Oggy Oggy” e-shop featuring Simba’s products and exclusive items across apparel, puzzles and cushions, and the brand will feature at Kidexpo this week, with the costume character participating in live shows.

(France), which will commence later this month.

“’Oggy Oggy’ has generated a fantastic response from preschoolers and families all around the world as they have warmly welcomed this fun, adorable and charming series into their hearts and homes,” says Morgann Favennec, executive vice president, Distribution, Xilam Animation. “As ‘Oggy Oggy’ continues to gain momentum, we’re excited to significantly bolster the show’s international footprint with a growing lineup of leading broadcasters and to bring even more young audiences this fresh iteration of our iconic Oggy and the Cockroaches franchise, as well as giving them a chance to recreate all their favorite episodes with Simba Dickie Group’s imaginative toy range.”

The upcoming linear broadcast and merchandise rollout is being supported by an extensive marketing campaign including in-store activations, digital partnerships, social media and influencer activity.