Woody, Buzz Head to the Tabletop with New USAopoly Board Games

Toy Story get the deck-building game treatment courtesy of USAopoly. 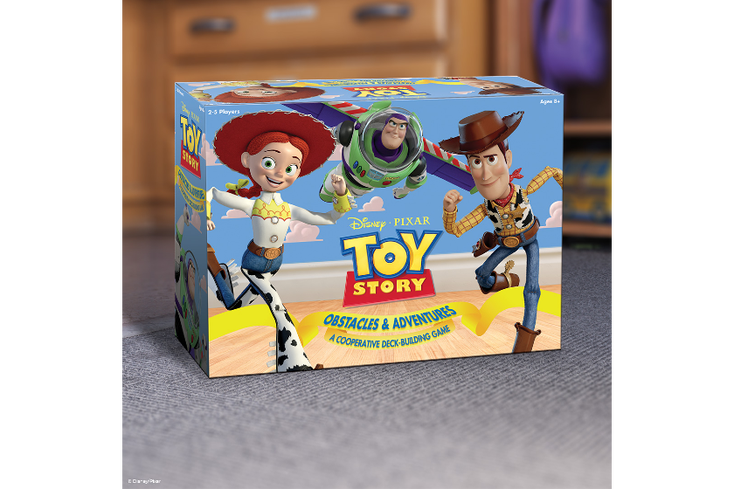 is getting the board game treatment with two new titles from USAopoly.

The fall releases include a chess set inspired by the franchise and a deck-building game called “Disney and Pixar’s Toy Story: Obstacles and Adventures. Both games come out following the summer release of the latest addition to the series, Toy Story 4.

“‘Disney and Pixar’s Toy Story: Obstacles and Adventures’ is designed for everyone who believes that toys don’t belong on a shelf,” says Kami Mandell, senior game designer, USAopoly. “From the moment the first box is opened, the game transports players to the imaginative world of

, allowing them to create theiradventures and unstoppable teams as they relive the charm and magic that is

The deck-building game reimagines players as Woody, Buzz Lightyear, Bo Peep and Rex as they work together to overcome hazards and bring about a happily-ever-after ending. “Disney and Pixar’s Toy Story: Obstacles

and Adventures” features six boxes of cards, each representing a different movie from the property. As each box is unlocked, the content from the associated film or short is introduced to the game, adding characters like Hamm and Mr. Pricklepants to the mix, as well as obstacles and antagonists to battle such as Sid and Prospector Pete.