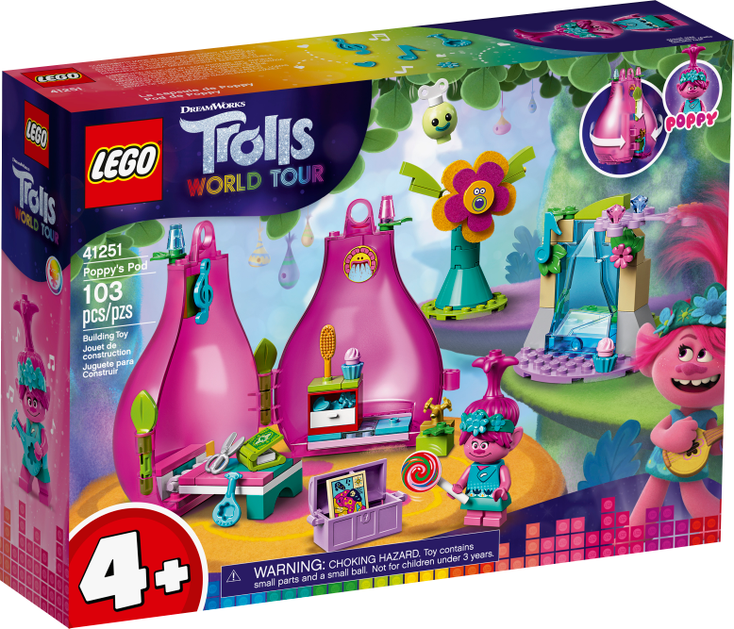 “With its irreverent humor and award-winning music, the feel-good versatility of the ‘Trolls’ franchise has licensees and fans across the globe excited for more,” says Heather Oster, vice president, franchise strategy, Universal Brand Development. “Looking ahead to Trolls World Tour, we’re teaming up with major brands and licensees to create dynamic collections that are bright and bold and that inspire fans to celebrate their own unique, individual style and share their happiness 365-days-a year.”

Each set features a plot point for the movie. The movie may not be in theaters until April, but “Trolls”

fans can begin playing and imagining before the movie even premieres.

This vibrant mix of brick sets will hit retail shelves in January 2020, giving fans the opportunity to build and recreate some of their favorite moments from the upcoming film. Retail prices will range from $19.99 to $49.99. They will be available in store as well as online.

The “Trolls World Tour” movie is one of many pop culture phenomena to get picked up by LEGO. In addition to “Trolls World Tour,” LEGO has recently collaborated with the likes of “Stranger Things,” “Star Wars” and more.

a raft of new partners

“Trolls World Tour” is set to release on April 17.