Toys &#39;R&#39; Us will offer a wide range of toys and accessories, including a number of exclusives, for the third season of the Nickelodeon&#39;s "Teenage Mutant Ninja Turtles." 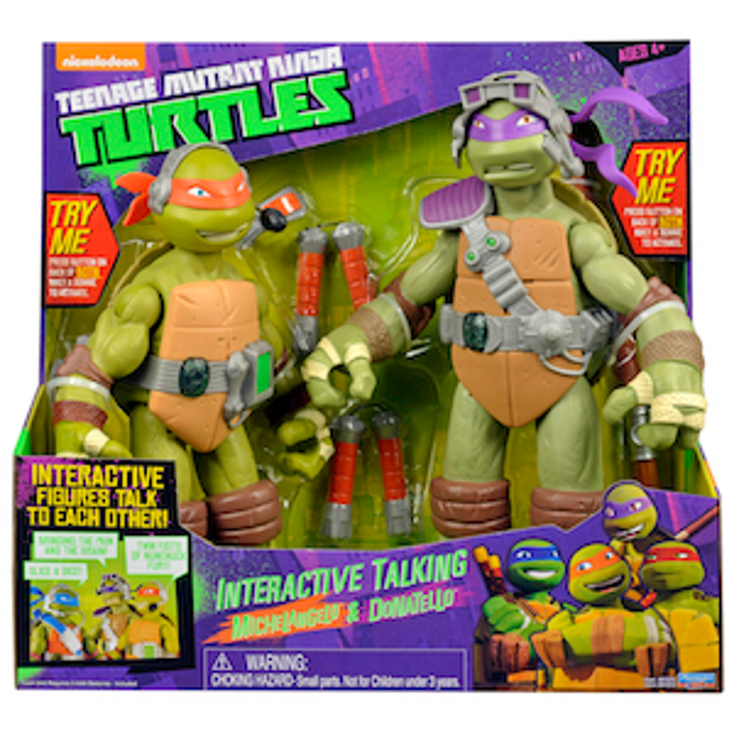 Toys 'R' Us will offer a wide range of toys and accessories, including a number of exclusives, based on the third season of the Nickelodeon TV series, "Teenage Mutant Ninja Turtles."

The new assortment from Playmates Toys is spinning into Toys 'R Us stores across the U.S. this month, as well as online.

“As Teenage Mutant Ninja Turtles celebrates its 30th anniversary this year, there’s no question that these ‘heroes in a half shell’ have become engrained in pop culture and have amassed a large following among fans of all ages,” says Richard Barry, executive vice president and chief merchandising officer, TRU. “At Toys 'R' Us we’ve watched this brand grow, now ranking among the top licenses in the action figure category. We are excited to bring the magic of play to young fans of the Teenage Mutant Ninja Turtle franchise with a large selection of merchandise, including great exclusive items, such as action figures and play sets, which can’t be found anywhere else.”

TRU will host a special event on Oct. 9 at its flagship Times Square store where Rob Paulsen (voice of Donatello) and Greg Cipes (voice of Michelangelo), as well as executive producers Ciro Nieli and Brandon Auman, will meet and greet fans and sign autographs.

Fans of the show will also have the opportunity to participate in the company’s Turtles in Training sweepstakes, through which fans must search for clues at TRU stores or online to enter for a chance to win an all-expenses-paid trip to Los Angeles, Calif., to record their voice for an upcoming episode of the CG-animated series.

“This is a wonderfully expansive program at Toys 'R' Us that will give kids and parents alike great opportunities to get into the action and spirit of the Turtles Training Zone with terrific toys and accessories,” says Dion Vlachos, senior vice president, retail development, Nickelodeon. “This continues to be a big year for Teenage Mutant Ninja Turtles, and we are incredibly excited about having a full aisle at Toys 'R' Us complementing the Oct. 3 premiere of the TV show’s third season on Nickelodeon.”