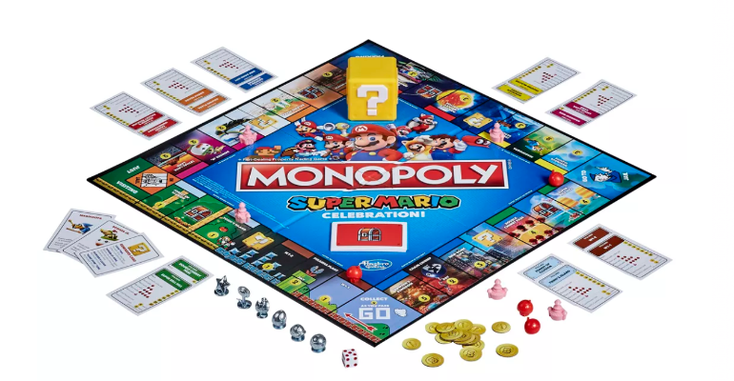 Hasbro's "Jenga Super Mario," retailing for $20, will also be released to celebrate Mario's 35th anniversary. The two-to-four player game allows players to play as Mario, Luigi, Peach or Toad. Players can collect coins in an eftoBowser. Players' moves are determined by a spinner, including how many layers to climb and how many blocks to remove.

Both tabletop Mario-inspired games are due out on Aug.

1. Each board game comes during Super Mario's 35th anniversary, which has already been leveraged for partnerships with brands including LEGO