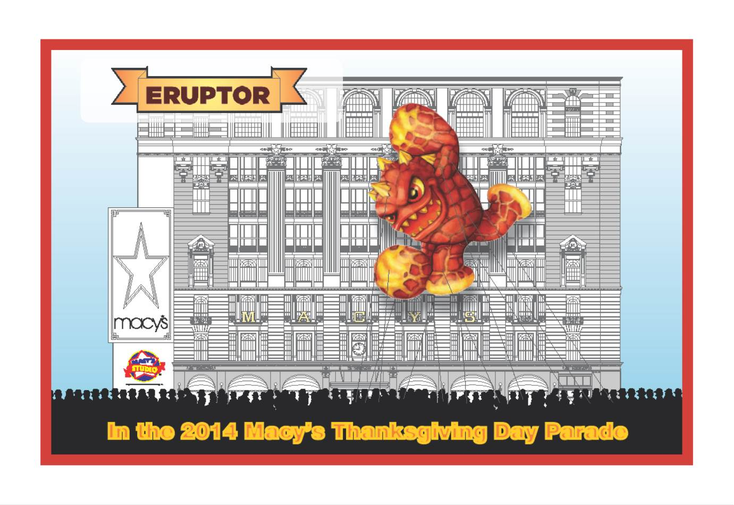 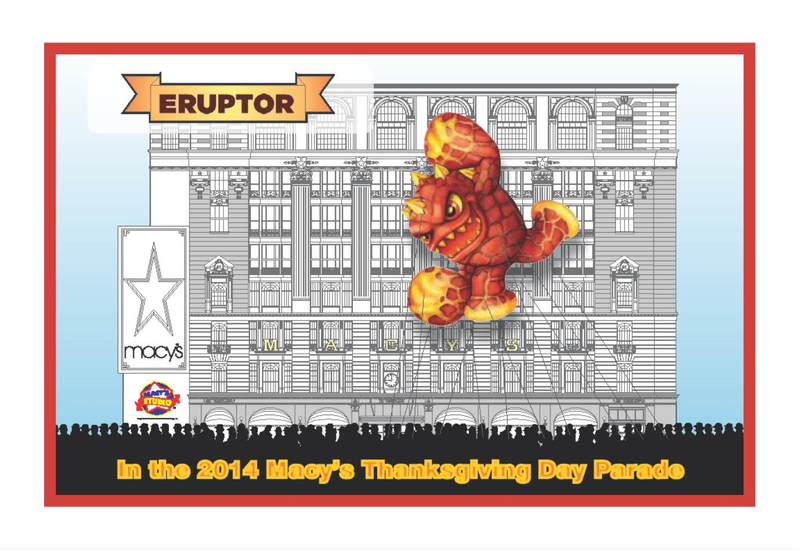 Fan-favorite Skylanders character Eruptor will join the collection of balloons at the parade, marking a significant pop culture milestone for the franchise.

To re-create Eruptor’s smoldering physique, artists used more than 40 gallons of florescent paint and five barrels of glitter. The live broadcast of the Macy’s Thanksgiving Day Parade will begin at 9 a.m. all time zones on NBC.

“This is a record breaking year for the Macy’s Thanksgiving Day Parade, as we debut the largest new cast of giant character balloons ever assembled, along with five amazing new floats. Tens of millions of spectators will be amazed by what we have in store,” says Amy Kule, executive producer, Macy’s Thanksgiving Day Parade. “In addition to an incredible line up of celebrity performers, America’s best high school and college marching bands, hundreds of dancers, cheerleaders,

clowns, and balloon handlers, we are adding some new layers of interactivity to the Parade for the first time this year. From live cameras on a float capturing special moments along the route to incredible 360-degree panoramic photos where fans can find themselves part the action, and finally, through our Confetti Carpet, the behind the scenes look at the starting line with our celebrity performers; we are bringing the Macy’s Parade closer to audiences in New York City and in homes across the country.”