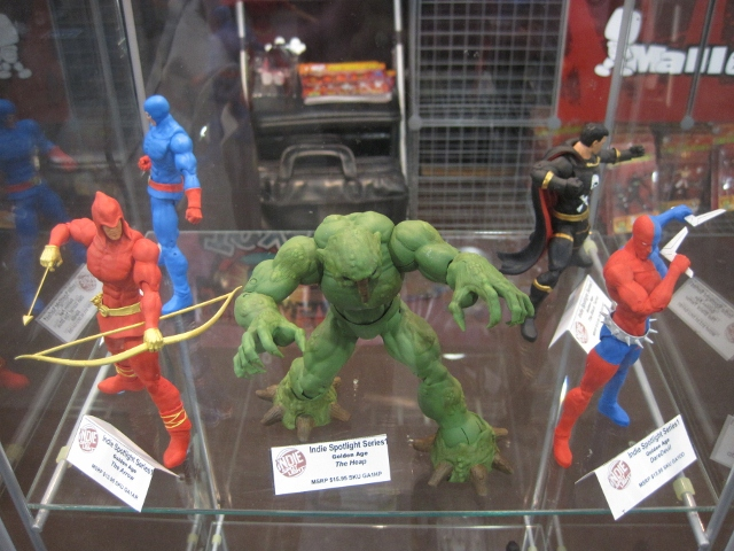 The six-inch Indie Spotlight action figures series expanded to include The Tick, Dick Tracy, Ignacia, King Zombie and Jack Staff. Upcoming characters include The Phantom, Zorro, Nira-X, Fist of Justice and Grendel, as well as variants for The Phantom and Grendel. Shocker also expanded its Golden Age action figure line, which includes Dan Garret “The Blue Beetle”, The DareDevil, The Arrow, The Black Terror and The Heap.

In addition, Shocker also introduced its new Anime Spotlight featuring characters of VIZ, Toei and Funimation, as well as a line of blank and custom mallows, which allow fans to create their own action figures.