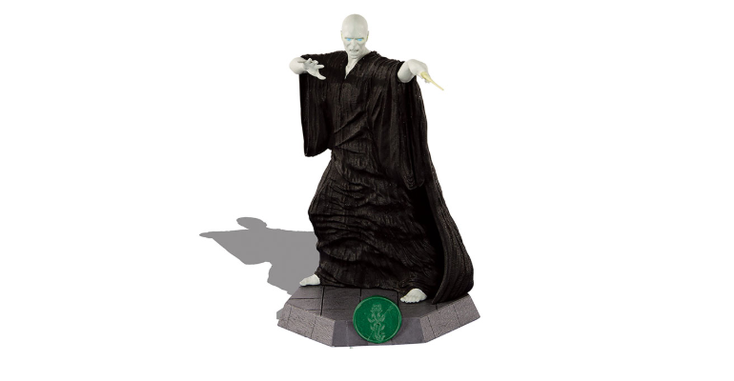 Op Games has officially launched the board game “Harry Potter and the Order of the Phoenix” after announcing the title back in July.

Inspired by “Harry Potter and the Order of the Phoenix,” the card and dice game see players join forces to fight the growing threat of Lord Voldemort and his Death Eater minions. Each player must assemble teams of witches and wizards to fight against Voldemort and his army.

“‘Harry Potter: Death Eaters Rising’ captures the difficulties and terrors Harry Potter, Ron Weasley and Hermione Granger faced during their fifth year at Hogwarts as they scramble to persuade the wizarding world of Voldemort’s return,” says Pat Marino, lead game designer, USAopoly. “Just as setbacks and devastation befell Harry and his friends during their journey, players can expect an equally challenging path to success in ‘Death Eaters Rising’ that makes victory much more rewarding.”

It features artwork and characters from the “Harry Potter” films and includes a collectible Voldemort sculpture.

It features artwork and characters from the “Harry Potter” films and includes a collectible Voldemort sculpture.

Like other games developed by The OP, “Death Eaters Rising” uses the rising game mechanic developed by the company. The new “Harry Potter” product joins other licensed card dice games from The OP inspired by IP such as