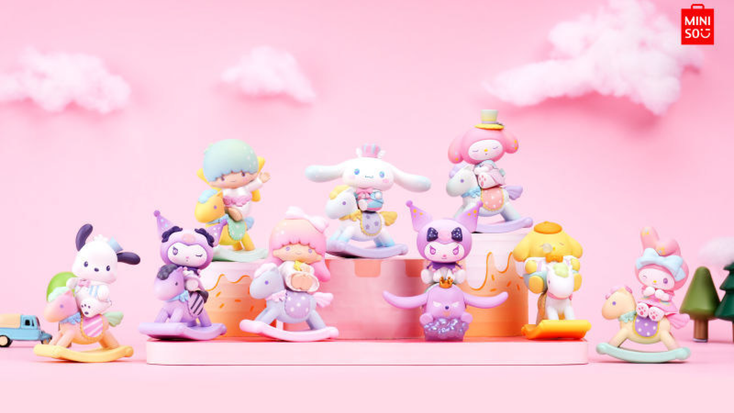 Collectable items from the MINISO Sanrio blind boxes.MINISO
MINISO has launched an exclusive collection of blind box offerings of

characters at its U.S. stores. The lifestyle retailer, which now has over stores in more than 60 locations in the U.S. including in New York City, Los Angeles and Chicago, launched the collection in October. The

have collaborated in the past, including a special product launch for the 20th anniversary of Cinnamaroll.

“We are overjoyed to see the success of our new blind box offerings in the U.S.,” says Bella Tu, general manager, overseas operations, MINISO. “As more American Millennials and Gen Zers are finding their passion for designer toys, we have also witnessed an increased interest in blind boxes. We are excited about the opportunity brought by this global blind box craze and looking forward to partnering with creators and artists worldwide to deliver more exclusive products to our global customers.”