Marvel United is the first-ever Marvel game to be a campaign on Kickstarter. 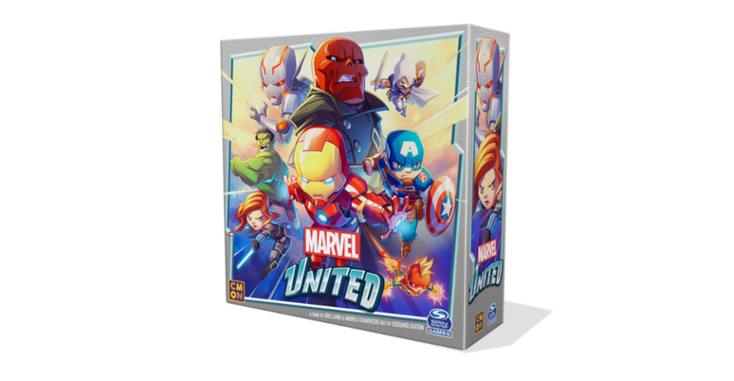 Spin Master Games has teamed with CMON to launch the Marvel United game on Kickstarter.

Fans will only be able to get the game, which has access to exclusive figures and collectibles, on the Kickstarter campaign. It will not be available at retail until this fall, with the additional collectibles only available on Kickstarter.

“We are excited to unveil the first-ever Marvel game on Kickstarter, delivering a unique and original game to fans,” says Elizabeth LoVecchio, vice president, Spin Master Games. “Spin Master takes pride in great partnerships and working with CMON exemplifies this value. Launching Marvel United on Kickstarter allows us to bring the ultimate version of this game to superfans with exclusive expansions and characters that can be mix and matched in the game.”

Fans who pledge $60 will receive the Marvel United core box and all applicable stretch goal rewards. The rewards are unlocked throughout the campaign, with every backer above $60 receiving three Kickstarter-exclusive

mini-figures (Hawkeye, Corvus Glaive and Nick Fury). A Kickstarter-exclusive expansion pack with The Infinity Gauntlet (a $30 add-on). More exclusive will be announced later in the campaign.

The game features chibi-style artwork that’s never been seen for Marvel, along with CMON-detailed miniatures of heroes and villains from the Marvel Universe. The two- to four-player game offers expansion packs for additional variety.

If the project reaches its funding goal of $150,000, the core box will be delivered to backers at the same time the game reaches retail in the fall. All applicable stretch goals and exclusive Kickstarter rewards will be delivered soon after.

The Marvel United game campaign is now active on