The LEGO Group has unveiled plans for the new, original property LEGO Nexo Knights set to launch later this year. 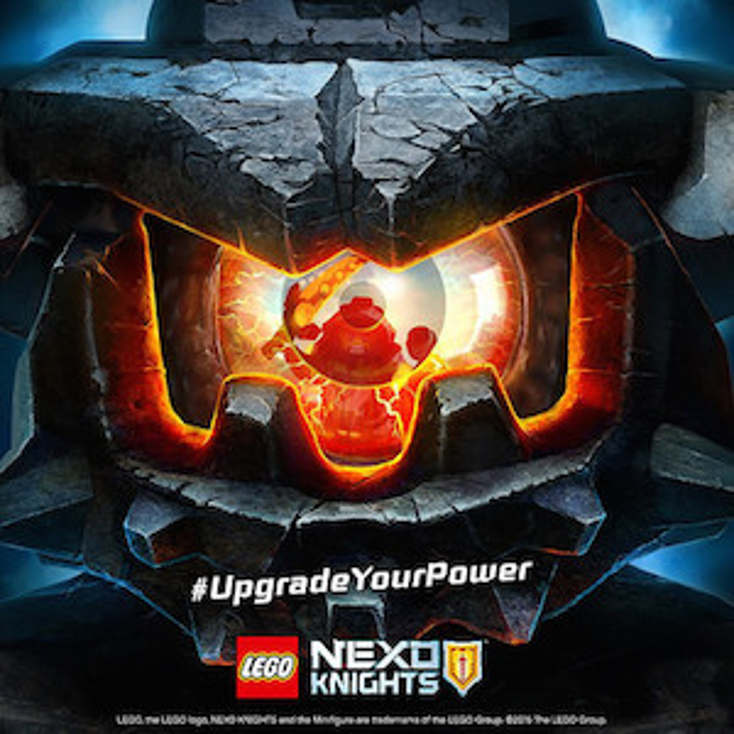 Nexo Knights to launch in 2016 with toys, an app and a TV series.

The LEGO Group has unveiled plans for the new, original property LEGO Nexo Knights set to launch later this year.

Set in a medieval kingdom in a futuristic world, the brand centers on five young knights who “download” special powers to their shields in order to battle the royal court’s evil Jestro and a cast of monsters.

The brand will launch in December with the "LEGO Nexo Knights" TV series, a 20-episode, animated adventure comedy series that will be aired on select

global broadcast networks through 2016. In addition to getting to know the new characters, children will also be able to scan new LEGO Nexo Knights powers directly from the TV screen into the "LEGO Nexo Knights: Merlock 2.0" app, which will also launch in late December. Using the app, players can scan Nexo Knights powers (represented as shields), which are hidden not just in the TV series but alse online, in print and in the upcoming line of building sets.

Fourteen building sets will be available in January 2016, with additional sets launching in August 2016. Consumer products partners across key categories are also engaged in creating a merchandise program dedicated to LEGO Nexo Knights such as publishing and soft goods.