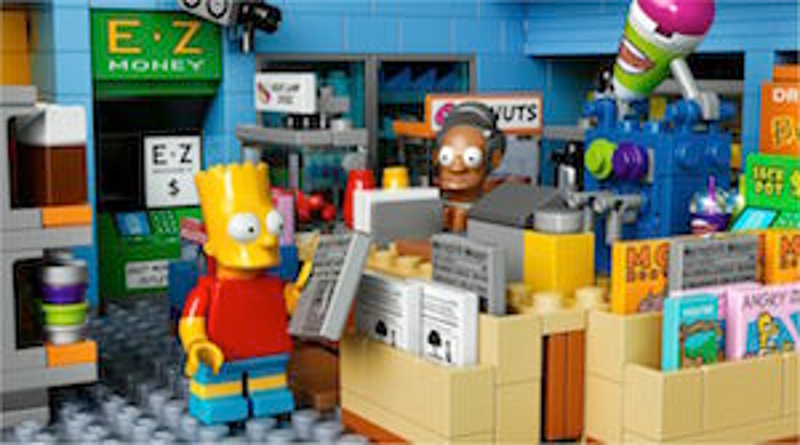 The new set will make its physical debut at SXSW in Austin, Texas, this month, and will hit U.S. shelves May 1.

The Simpsons’ Kwik-E-Mart celebrated the 25th anniversary of its first TV appearance Feb. 25. To honor the milestone, FCP has declared 2015 the Year of the Kwik-E-Mart and launched a number of activations across the U.S., including a

that features real treats from the fictional convenience store and a Simpsons World digital experience, also at SXSW.

Fans can add to their Simpsons sets with additional new LEGO Minifigures, which will also launch May 1.