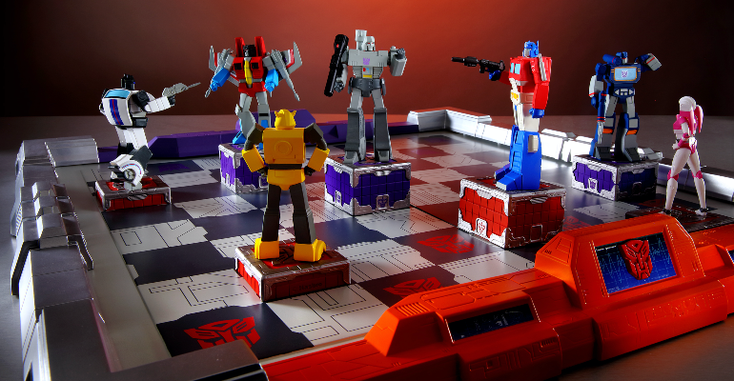 The set will feature 32 unique game pieces – 16 for the Autobots and 16 for the Decepticons – created specifically for the Kickstarter and modeled on the classic 1980s “Generation One (G1) Transformers” animated cartoon. Each model is digitally sculpted, then cast in metallic resin and painted by hand. The sculpts, which show the Transformers in their robot form, were developed with Hasbro and are based on the original animation designs and careful study of the animated series.

Standing 4-6” tall on a base marked with the symbol for the relevant chess piece, these robotic warriors will wage war on an exclusive Cybertron-themed chess board, with color-coded symbols in Autobot red or Decepticon purple. The two warring factions include such characters as:

This Kickstarter is live now with a delivery date of Q4 2022.

Fans and collectors can stay tuned for further information, such

as the full roster of characters and details of stretch goals. Visit the page now at herocollector.com/transformerschess.