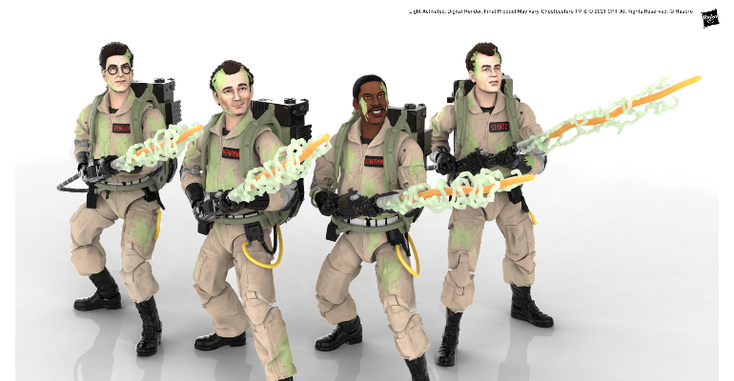 stand at 3.5 inches tall, the same size as the paranormal Mini-Pufts featured in “Ghostbusters: Afterlife.” The poseable figures feature premium design and detailing and will be available for purchase this winter. They can be pre-ordered via

and most major retailers nationwide in the future.

“Ghostbusters” Plasma Series Glow-In-The-Dark Figures are inspired by the original “Ghostbusters” movies. This highly poseable collection of action figures features premium design, detailing, and articulation that embody the quality and realism Ghostbusters fans expect with Hasbro’s Plasma Series. Ghostbusters fans, young and old can charge the figure’s glow-in-the-dark by placing it under light. Each figure also comes with

The Ghostbusters Plasma Series Glow-In-The-Dark Figures feature original Ghostbusters characters Peter, Ray, Egon and Winston. The products will be available this fall at HasbroPulse.com and most major retailers at a future date.