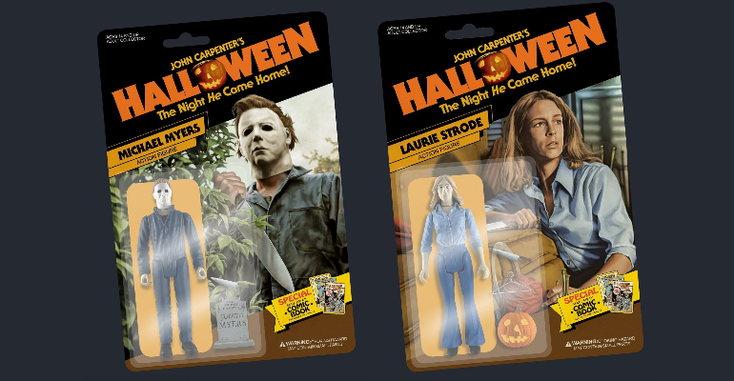 Fright-Rags and Plastic Meatball are releasing a new line of retro-inspired action figures based on John Carpenter's film "Halloween," in partnership with Compass International Pictures.

The new line of toys was created to mirror the style of toys during the film's initial late 70's release.

"I saw the original Halloween film when I was four years old – by myself – during its first televised broadcast in 1981," says Ben Scrivens, founder and owner, Fright-Rags. "From the first piano notes of its opening score, I was transfixed. I didn't know it at the time, but looking back, that first viewing influenced the course of my professional career. That's why it's such a thrill to work with Compass International Pictures

and Plastic Meatball to pay homage to John Carpenter's film with this line of action figures and deliver something that the fans have been wanting for years."

"I feel incredibly fortunate that we're able to go deep with the character line-up for such a seminal film and do justice to the town of Haddonfield that Carpenter and company created nearly 45 years ago," says Mark Morse, president, Plastic Meatball.

"Not only is it the first time a lot of these characters have been immortalized as toys – Michael Myers excluded, of course – but it's the first time the products have been designed to be authentic to the 1970s era they originated from."

The Halloween figures are now available for pre-order exclusively on Fright-Rags.com and are expected to ship later this year. Pre-orders will be live for one week only and close on May 5 at 11:59 EST.