Fantasy Disney Combos in Smash Up: Disney Edition Has Been Released

AEG and The Op Partner to release a new licensed version of the Smash Up game. 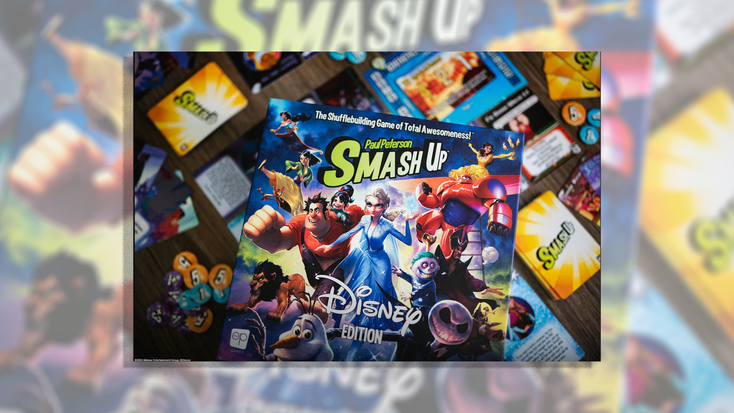 partnership, following the enthusiastic reception of Smash Up: Marvel. Players can combine eight factions for a possible 28 decks, each with its own ways to complement a play style, including Frozen, Big Hero 6, Wreck-It Ralph, The Lion King, Mulan, Aladdin, Tim Burton’s The Nightmare Before Christmas and Beauty and the Beast.

The game’s objective remains the same: Choose two decks, combine their powers and play those abilities to take over bases.

Smash Up: Disney Edition is designed for 2-4 players, ages 14 and up, and is available now at local game stores and The Op online shop.