Elf on the Shelf, Rachel Lowe Team for Board Games

Confectionary and health and beauty deals are also in the pipeline. 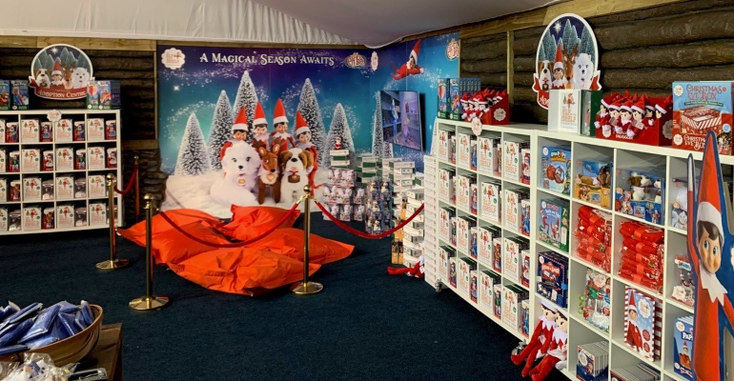 Elf on the Shelf has announced a board game deal with Rachel Lowe. The new deal will see a board game, puzzles and card game launching for Christmas 2020.

Rocket Licensing has now secured 17 licensees for The Elf on the Shelf property across the apparel, publishing, home textiles, food gifting and social stationery categories, among others.

Other Elf on the Shelf deals this year include a partnership with Kellogg’s, who featured the character on six million cereal boxes. The partnership also included a competition to win one of nearly 1,000 prizes as well as the top prize of an exclusive The Elf on the Shelf prize package. The campaign has had more than half a million entries and is 60,000 entries past last year’s grand total.

The Elf on the Shelf Day at Winter Wonderland also returned this year in London’s Hyde Park. On Dec. 1, families had the opportunity to participate in activities such as scavenger hunts, crafts, giveaways, movie time, costume characters and more, as well as the chance

to adopt their own Scout Elf at the official Scout Elf Adoption Center. Attendees redeemed hundreds of scavenger hunt prizes and children took photos with The Elf on the Shelf and Elf Pets mascots. The goody bags given out on the media day featured activity pages from Hachette and balloons from Amscan.

In total, Elf on the Shelf saw a 63 percent lift from last year on its traditional Christmas box set. Confectionary, health and beauty deals are also in the pipeline.