The fast food chain and the toy giant have joined forces for kids’ meal toys. 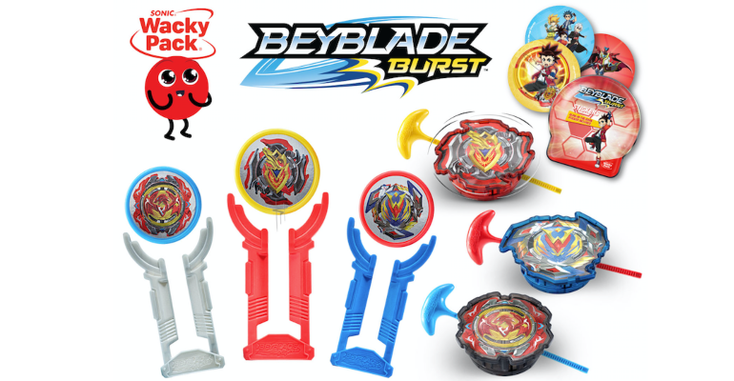 Beyblade Burst and Sonic restaurants have teamed up for the ultimate kids’ meal experience.

Featuring popular characters and their associated Beys, the line-up will include Aiger Akabane and Z Achilles, Valt Aoi and Wonder Valtryek, and Phi and Revive Phoenix. Some of the Beyblades even glow in the dark.

The Sonic promotion is one of several Beyblade Burst promos with major players in the Quick Service Restaurant industry. The success of the latest generation has secured multiple partnerships for the Beyblade Burst brand.

Beyblade Burst continues to be a top-selling property despite increased competition in the space and was featured in Target and Walmart Canada’s Top Toys lists. Highlighted in the lists were the Beyblade Burst Evolution Starter Pack with spinning tops and the Beyblade Burst Championship Clash Battle Set.

will be available from Dec. 2 through Dec. 29.
Beyblade BurstSonic the Hedgehog