“Jade Armor” is coming to France and Germany. 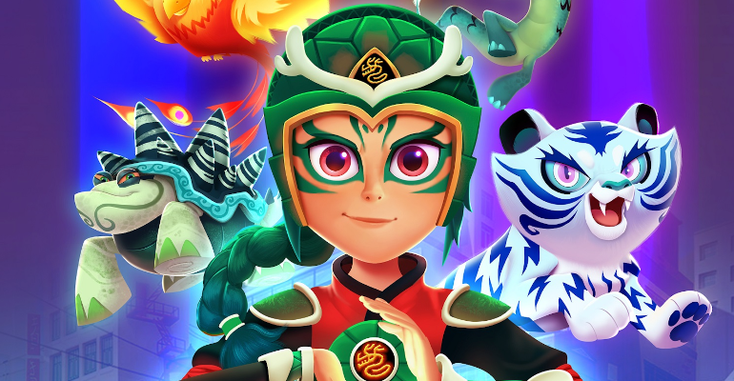 TeamTO has partnered with kids platforms France Télévisions in France and Super RTL in Germany to bring its animated action comedy “Jade Armor” to new territories.

“'Jade Armor' has all the ingredients Super RTL was looking for: a strong and relatable female lead, stories full of adventure, filled with humor and fun, positive role models and relationships characterized by friendship, family and the idea of great teamwork,” says Martin Gradl, content director, Super RTL. “We are delighted to be part of the creation of this amazing new show.”

The series is now in full production at TeamTO’s Paris and Valence studios, with first episode planned for delivery in fall 2021.

“France Télévisions is particularly proud to include

Jade Armor’ in its animated kids lineup,” says Tiphaine de Raguenel, director, youth programming and animation, France Télévisions. “This series is an excellent example of what a female heroine can bring to action adventure: a different way of looking at confrontation with

antagonists and how to use the powers in her possession. The talent of creator and director Chloé Miller makes the most of the martial arts techniques in the action scenes. In his own way Jackie Chan paved the way for highly choreographed fights, and Jade Armor continues that path with even more determination. She has no desire to

, a value that France Télévisions wants to share with its 3-12-year-old audiences on Okoo."