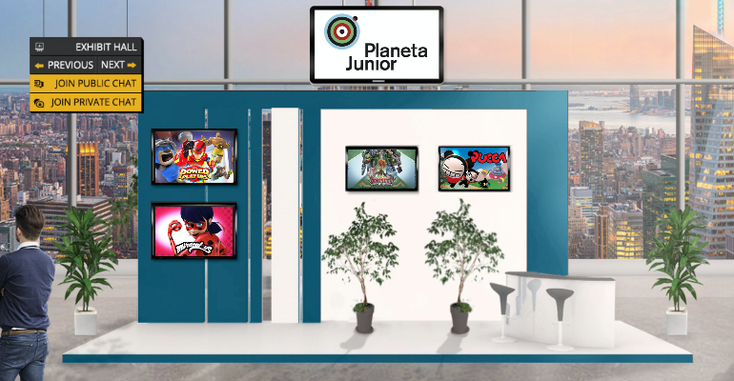 Planeta Junior will attend the Licensing Week Virtual that brings the world’s licensing industry together between June 15 to 19.

The Licensing Week Virtual fair was launched to reunite the global licensing community while it’s impossible to network or sign deals in person due to the COVID-19 pandemic.

Over five days, licensing companies will have a virtual space that allows them to contact retailers, manufacturers and the media, as well as the opportunity to take part in the online event, virtual conferences, educational and thematic seminars and to network.

Planeta Junior has responded to the current Covid-19 pandemic by reinforcing digital platforms and adapting to new opportunities like Licensing Week.

The Planeta Junior virtual stand will present updates for a range of its brands such as “Gormiti,” “Miraculous: Tales of Ladybug & Cat Noir,” “Power Players” and Pucca.

& Cat Noir” is a CGI animated action comedy series broadcast in more than 120 markets. “Power Players” is an animated series that debuted in 2019 and Pucca is a lifestyle brand created by South Korean company Vooz, based on the character who’s been a hit in 170 countries.

If you’re interested in attending this year’s Licensing Week Virtual, please visit register on the