The first single, “Bing Bong Champion,” is out now. 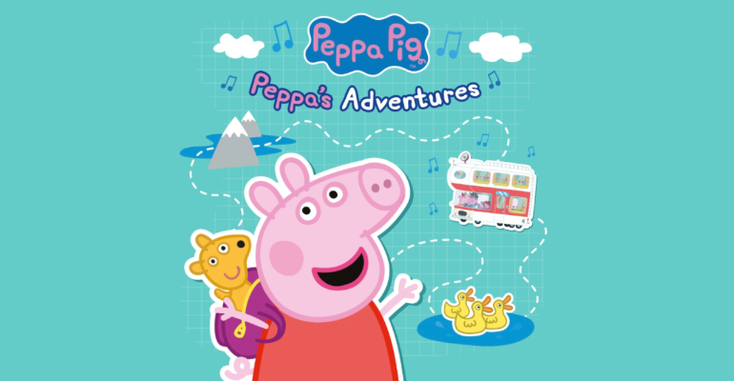 , to release globally across digital streaming platforms on July 30. Available in English-language format, the album consists of 10 all-new songs, with two singles releasing pre-album launch. The single “Bing Bong Champion” was just released, followed by “Peppa’s Adventures” scheduled for July 2. The album will be available on digital streaming platforms including Spotify, Apple Music and Amazon Music, and the physical CD will be dropping at retail in the U.K. and U.S. later this summer.

is the sequel to the 2019 debut album

, which has more than 136 million streams globally.

The album will tie into the 2021 global brand theme, Peppa’s Adventures,

and will drive awareness ahead of the global launch of Peppa Pig’s first toy line from Hasbro, launching this fall. The album release will be supported by key activations across PR, social and digital