What happens when one of your entertainment properties goes viral on social media? If you’re Nelvana, you lean into the newfound popularity. 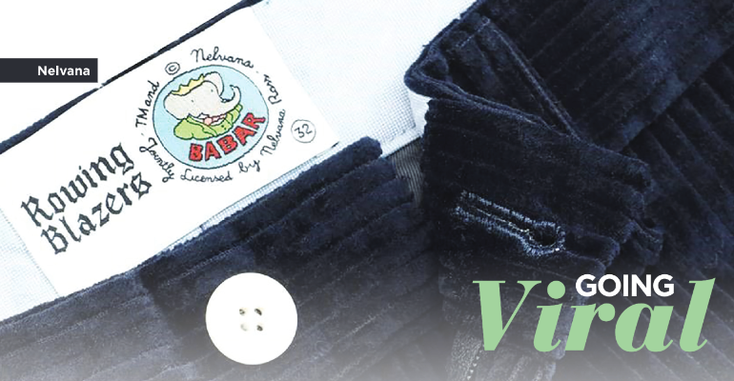 Nelvana has several classic properties in its roster. The Canada-based global kids’ entertainment company specializes in 2D Harmony and 3D technologies and focuses on proprietary IP and strategic partnerships and has produced several animated shows including “Esme & Roy,” “The Dog and Pony Show” and “Bakugan: Geogan Rising.”

With a demographic stretching across generations, Nelvana first launched in 1971 when recent college graduates Michael Hirsh and Patrick Loubert teamed up with a Vitaphone animator-designer, Clive A. Smith in Toronto. The team’s aim was to create both animation and live-action content that spoke directly to children. They released a handful of specials that garnered fans, one being director George Lucas, who commissioned Nelvana to work on the “Star Wars Holiday Special” in 1978. The voices of “Star Wars” actors Mark Hamill, Harrison Ford, Carrie Fisher, James Earl Jones and others appeared on the special. Nelvana was the first to introduce Boba Fett to the “Star Wars” fandom two years before his debut in “The Empire Strikes Back” in 1980.

the ’80s, Nelvana produced series for properties such as “Care Bears,” “Clifford the Big Red Dog” and “Strawberry Shortcake.” The company also introduced the Babar book series to a new generation by producing a film and animated series for HBO.

“‘Babar’ is an evergreen brand that has had success over the years, and all around the world,” says Mellany Masterson, head, Nelvana Enterprises. “It’s one of those really special brands that continues to be successful in the licensing space. Even today with some beautiful high-end programs that we have with [U.S. apparel brand] Rowing Blazers New York, we have some fantastic products that we are presently launching. It wasn’t part of the initial launch of ‘Babar,’ but it’s been amazing to see it continue to be a wonderful brand for Nelvana over the years.”

Check out the August issue of License Global, out now!