New international broadcast deals have been inked for “Justin Time” and “True and the Rainbow Kingdom.” 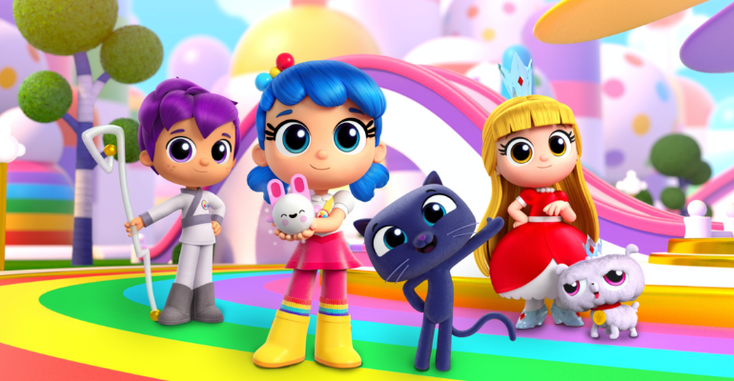 Toronto-based children’s content producer Guru Studio is pleased to announce that it has signed a number of new international broadcast deals for its preschool series “True and the Rainbow Kingdom” and its series “Justin Time.”

“Guru is known for great storytelling and for creating shows that deeply resonate with kids and families, and ‘True and the Rainbow Kingdom’ is no exception,” says Jonathan Abraham, vice president, sales and business development, Guru Studio. “The show is performing extremely well around the world, both on commercial and public broadcast, and it’s exciting to see such strong enthusiasm from broadcasters.”

The lineup of new broadcast partners for “True and the Rainbow Kingdom” include Tiny Pop (U.K.), Discovery Family (U.S.), TV Azteca (Mexico), Canal Panda (Portugal & Spain) and NET (Indonesia). Following the successful launch of season one and two on DR (Denmark), Discovery Frisbee (Italy) and RTS (Switzerland), the three networks have acquired the next two seasons.

CBC in Canada, which already aired the first three seasons, has also acquired the fourth season, which is set to air later this year.

As part of “True and the Rainbow Kingdom’s” global rollout on linear television, Guru is building a full 360-degree marketing program in each territory.