The land of living faces off against the land of the dead in new “GoT” chess set. 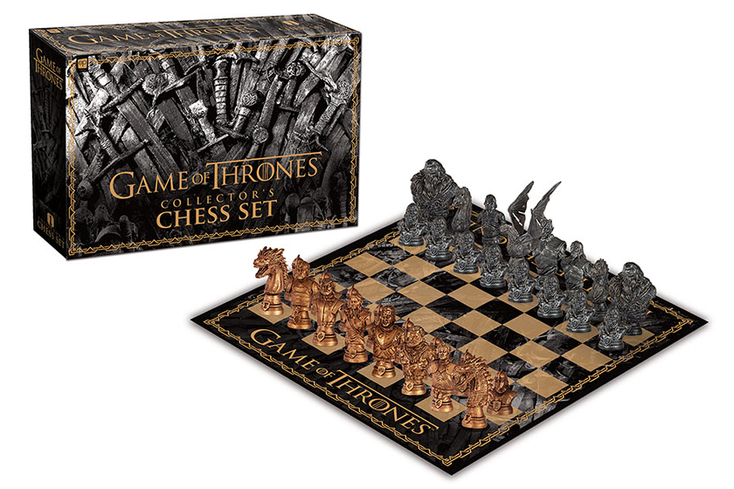 The chess set features a blend of characters that came together to fight the Army of the Dead in the final two seasons of the fantasy television series. The set includes:

Across the board stand the undead characters from the series. The other side of the battlefield includes:

“‘Game of Thrones’ is similar to one giant chess match,” says Candace Brenner, vice president, marketing, USAopoly. “Throughout the series, waged battles have been complex and strategic, requiring very tactical thinking. Characters, much like chess players, were challenged to out-think and out-maneuver their opponents to claim their victory. There was no question as to what battle the ‘Game of Thrones’ collector’s chess set would feature. It had to embody Westeros versus the White Walkers. We worked closely with HBO Licensing & Retail to select game pieces that would best reflect this epic battle, the culmination of eight years of war, friendship, death and honor.”

launch of the chess set follows the recent conclusion of the

series. Based on the A Song of Ice and Fire fantasy novel series, the show ended its eighth-season run earlier this year.