Cast members from HBO’s “House of the Dragon” join line-up along with a virtual appearance by series co-creator and executive producer Ryan Condal. 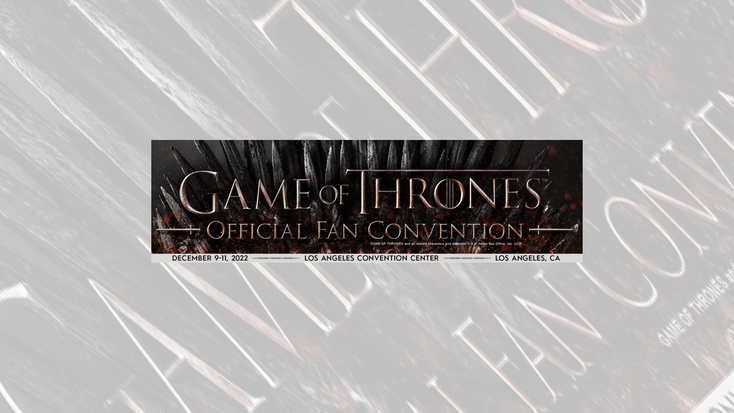 Global Themed Entertainment and Creation Entertainment have shared new announcements including special guest appearances, programming updates and more for the “

Off the heels of

previously announced, a variety of a la carte offerings are available including cast meet and greets, autograph signings and an evening dance party hosted by none other DJ Kristian Nairn (“Hodor”).

On the show floor, fans can visit the world of Westeros through props and set pieces from “Game of Thrones” and “House of the Dragon” including photo ops with a full-scale dragon head and, for the first time, both versions of the Iron Thrones together in one place. Also available at the convention will be a first look at the featurette “Return to the Seven Kingdoms,” a panel/workshop with David J. Peterson - a linguist, author and creator of the Dothraki and High Valyrian language, a chance to win prizes during cosplay and trivia competitions and shop for exclusive merchandise that will only be available to purchase at the convention.

Tickets to the convention are available now. All episodes of “Game of Thrones” and “House of the Dragon” are available to stream on HBO Max.