Mondo TV, a broadcaster of original and classic TV shows and films throughout Europe, EMEA and LatAm, announced that it will produce its first feature film. And its licensing program grows year after year. 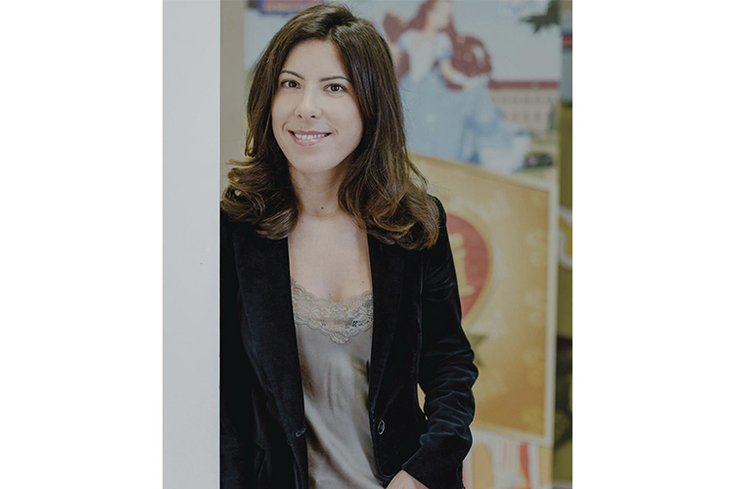 Italian TV network Mondo TV is a big player in European television broadcasting. Launched in 2000, the company produces and distributes animated TV series like “YooHoo to the Rescue,” “Sissi the Young Empress” and “Robot Train,” each of which have robust licensing programs across all categories in Europe.

Based in Rome, Italy, Mondo TV has a presence in France, the Middle East, Africa, Asia, as well as in Spain, Portugal and Latin American territories, with the formation of Mondo TV Spain in 2008. This division, rebranded as Mondo TV Iberoamerica and distributes Mondo TV’s animated catalog in the region. Since 2011, its main activity has been the distribution in Southern Europe of third-party productions, mainly youth fiction series produced in Latin America.

In 2016, the company became a co-producer of the series “Heidi, Bienvenida a Casa” and a main investor and, as a confirmation of its plan for expansion and growth, has decided to create a new production studio: Mondo TV Producciones

Canarias, based in Tenerife, which acts as a producer and worldwide distributor of animation series and also, at a later stage, fiction.

Mondo TV launched its licensing branch in 2010. Although the network had a robust roster of properties to negotiate licenses for, the executives at Mondo TV waited 10 years to jump into licensing.

“The heart and soul of the company has always been the production of content,” says Valentina La Macchia, licensing director, Mondo TV. “The licensing business followed when the optimal conditions had been created to build a number of television productions into successful franchises. Today our group has the ability not only to produce TV series with international co-producers, but to be a target partner for market leaders, media players, editorial groups and toy companies that contact us to collaborate to create new content.

We can now offer such partnerships thanks to the quality we are able to offer and the capacity we have to guarantee worldwide distribution through a strong commercial network.”

Mondo TV also owns one of Europe’s largest animation libraries, with more than 2,000 episodes of television series aired globally, and more than 75 animated movies. Naturally, this puts Mondo TV at an advantage when it comes to licensing. The company has carte blanche to license its television franchise, mini-series or film on top of its original programming.

“We can offer licensees a range of differentiated properties for any given target audience, thus satisfying everyone’s needs,” says La Macchia. “When we produce new TV series, we are very discriminating in our choice of projects; we always try to ensure that no two projects are overly similar in terms of content.”

Mondo TV’s recent licensing collaborations can be described as unique. In June, the company announced a two-year deal with Grabo Balloons, a designer and manufacturer of inflatable products, to bring Kay, Alf, Duck, Selly and Victor and other characters from its 3D, CGI-animated action-adventure show “Robot Trains” to helium balloons in Italy and Russia.

“One of the main selection criteria for licensees is commitment,” says La Macchia. “We believe that today more than ever, it is essential to bring innovative products to market. To do this we must be able to identify the right company–one that focuses on quality and good distribution, of course, but one that can offer an original distinctive product that can inspire and emotionally engage consumers.”

“Robot Trains” also scored a three-year deal to air the first two seasons in the Middle East. Season one is airing daily in Arabic on DKids, a pay-TV channel owned by Discovery, that launched in May. Season two, which is already in production, will begin broadcast in February 2019.

Mondo TV has struck more deals for its TV series to air in Arabic-speaking countries. “Cuby Zoo,” Mondo TV’s 3D, CGI-animated preschool TV show, will appear on free-to-air children’s channel MBC3 in a two-year agreement that will see an Arabic-language version of the show; and season two of “Sissi the Young Empress” will appear on pay-TV children’s channel JeemTV in a three-year agreement with beIN Network covering all TV and digital rights.

This year, Mondo TV announced a big-screen version of the company’s live-action teen comedy/drama “Heidi, Bienvenida a Casa.” Co-produced by Mondo TV Iberoamerica and Alianzas Producciones, the film will be written by Argentinian author Marcela Citterio, and the screenplay will be adapted from the Heidi book Citterio is writing.

For Mondo TV, expanding the “Heidi, Bienvenida” franchise was only natural for the brand’s growth.“The film will not only appeal to the show’s vast number of fans but increase brand awareness and create a media event, which will inspire a number of promotional and marketing activities,” says La Macchia.

Upcoming for Mondo TV is “MeteoHereos,” a co-production with MOPI (Meteo Operations Italia), better known to the public as the Epsom Weather Centre. News of the TV series was announced this summer, and the series will address issues like climate change, ecology and respect for nature through the adventures of six children who transform into superheroes with power over meteorological conditions.

Also on the horizon is “Invention Story,” the tale of an intelligent fox who, in each episode, comes up with a new invention being sold to markets all over the world. Mondo TV and Henan York Animation have committed to 520 episodes to air over five seasons. Mondo TV sees the potential for both “MeteoHereos” and “Invention Story” in play and learning-related licensing categories.

“Licensing is such a competitive and increasingly crowded market for properties that only quality will stand out,” says La Macchia. “Licensees must be able to trust a brand partner, to feel confident that they are pitching for a license that will deliver. And of course, professional honesty is the basis of a lasting and profitable relationship. It’s crucial to the success of our projects that we keep partners up-to-date with both short and mid- to long-term plans and strategies and make them feel closely involved in the process of building brand awareness.”