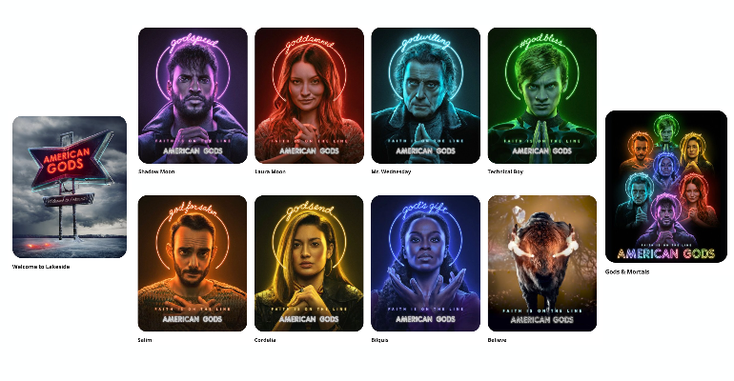 NFT platform Curio has announced it is launching an NFT auction of all the first editions of the officially licensed digital collectibles from “American Gods: Lakeside Collection.” Produced by Fremantle, the “American Gods” TV series is a fantasy drama series based on Neil Gaiman's 2001 novel of the same name. The auction includes 10 first edition NFTs: The seven primary characters from season three of “American Gods,” plus the first editions of the three bonus NFTs that were offered as incentives for collectors. In partnership with s financial services company Aspiration, Curio will plant a tree for every dollar spent on the auction. “We built Curio to create a digital platform where fans, collectors and NFT enthusiasts could engage in deeper relationships with the brands they love,” says Juan M. Hernandez, chief executive officer, Curio. “‘The American Gods: Lakeside Collection’ first editions auction enables passionate fans to own a digital collectible of the storied franchise. Environmental sustainability is a core value of our team, which we want to build into the DNA of our platform. We are thrilled about our new partnership with Aspiration, which enables us to focus on the fans while advancing critical efforts to plant trees and address climate change.”

“The American Gods: Lakeside Collection” auction launches April 9 at 4:00 PM PST and runs through April 11 at 4:00 PM PST. To ensure fans don’t miss out, a bid in the final 10 minutes will extend the deadline by 10 minutes.