Children’s show releases new collaborations ahead of its 50th anniversary. 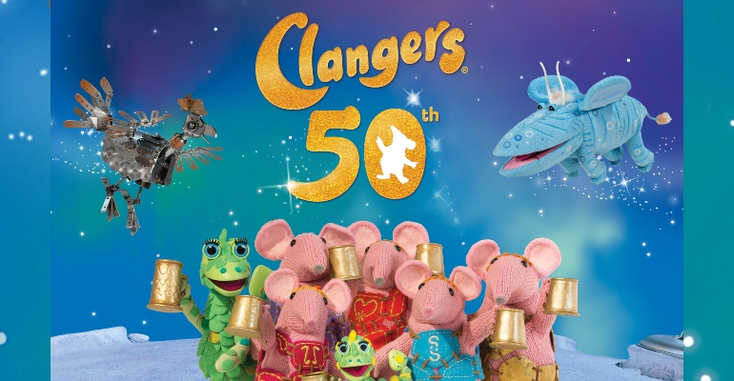 Clangers fans across the globe will also be able to speak directly to the youngest members of the Clangers family, Tiny and Small for the first time via the ‘Clangers Talk’ skill on all Amazon Alexa enabled devices. Users will hear a range of responses including songs such as “Happy Birthday” and “We Wish You a Merry Christmas”. Just say “Alexa, open Clangers Talk” to begin.

celebrations continue with the exclusive release of two limited-edition prints by the late Clangers co-creator, Peter Firmin. The two illustrations, will include a sketch of ‘Major Clanger’s Workshop,’ a cave full of tools and inventions, some harking back to previous adventures and even stories from the original series, and a rarely seen area of the Little Blue Planet,

Major Clanger’s ‘Store for Inventions & Parts.’ There will only be 50 copies of each print released. They are available exclusively on the Clangers official online shop at shop.clangers.com.

Clangers airs every day at 6:10pm on CBeebies. New episodes of Clangers will air starting Nov.16.