The breakout star of “The Mandalorian” will soon be represented through apparel and accessories, with products available at multiple retailers. 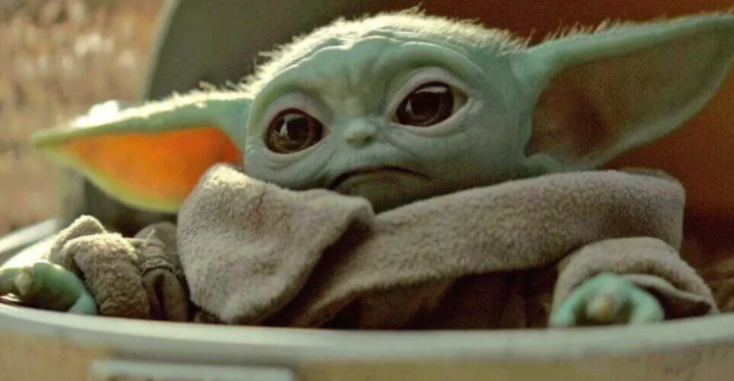 The Child – or “Baby Yoda” as fans have been calling it – will soon be represented in official merchandise for “The Mandalorian.”

The beloved new character was absent from the original marketing for “The Mandalorian” because showrunners Jon Favreau and Dave Filoni wanted to keep his appearance a surprise.

“I have to thank Disney and Lucasfilm, because the way the cat usually gets out of the bag with that stuff is merchandising and toy catalogs and things like that. So, they really back us up,” says Jon Favreau, director, to “Entertainment Tonight.” “That requires a lot of restraint from the people who are footing the bill, saying they’re gonna hold back on certain things so that the public doesn’t know ahead of time. Part of that was holding back on some of the merchandise and holding back on some of the characters.”

Now that the character has been revealed, he will be represented on apparel and accessories and be available through retailers like Amazon, Zazzle, Target, Kohl’s, Macy’s, Hot

The Child has shot to social media stardom after his debut on “The Mandalorian” and has been affectionately called “Baby Yoda” due to his resemblance to the classic “Star Wars” character. George Lucas has never revealed the name of Yoda’s species or his home planet, adding more fuel to the “Baby Yoda” fire.

Three episodes of “The Mandalorian” have been released on Disney+ thus far, with a fourth coming to the streaming service on Friday.