The new episodes aim to help children stuck at home during the COVID-19 pandemic. 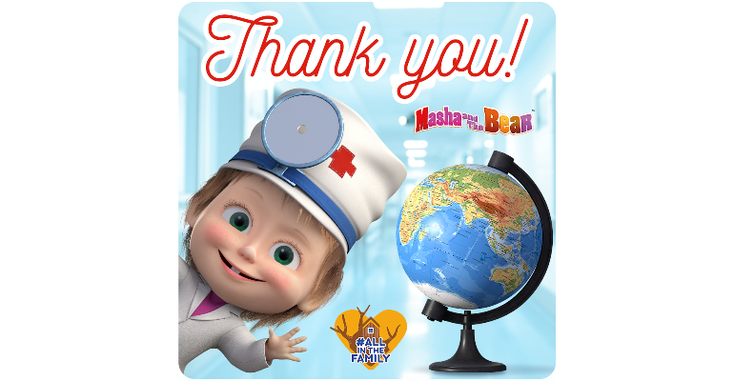 Animaccord announced the production and release of "Masha and the Bear" episodes centered on stay-at-home activities and common hygiene rules. The new episode, “What to do at Home

,” has already been released on the official “Masha and the Bear” YouTube channel in Russian for CIS audiences, with plans on further distribution in other languages.

Animaccord has also prepared a “

” video that features touching and encouraging scenes from the cartoon’s most popular episodes. The video features Masha’s advice on how to keep good health and spend time at home during the pandemic.

Both content pieces are part of Animaccord's global campaign, "All in the Family."

Masha and The Bear