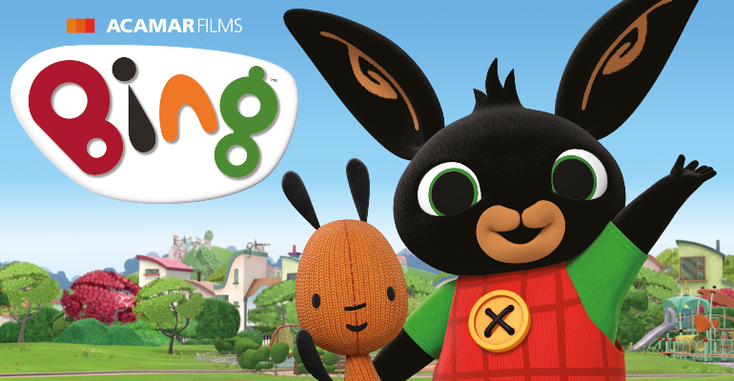 In the Netherlands, NPO Zappelin, the Dutch television program block for children aged 2-6, has relicensed seasons one through three following the premiere of season four on the channel in January this year.

In the Nordics, SVOD and DVD service SF Kids has built on its existing relationship with “Bing,” having recently acquired season four. This latest deal underlines evidence of “Bing’s” growth in the Nordics, which has included a 20-percent increase in average audience share, year-over-year, on free TV partner SVT.

Additionally, “Bing” seasons one through three has been relicensed by NRK in Norway, RTP in Portugal, TFO in Canada and MiniMini+ in Poland, while TVO Kids in Canada have opted to expand their “Bing” offering, having ordered the latest episodes.

“We take a highly considered approach to the

global distribution of ‘Bing’ and we’re delighted to be working with such a fantastic set of partners across these territories,” says Eroulla Constantine, director, sales and distribution, Acamar Films. “‘Bing’s’ success around the world is a testament to how relatable and recognizable Bing’s everyday ‘micro-dramas’ are to young children and their grown-ups.”

“Bing” has now been licensed in 130 territories airing on ABC and Nick Jr in Australia, Rai Yoyo and DeA Junior in Italy, Carousel and O! in Russia, Disney Junior in South East Asia, KiKa in Germany, VRT in Belgium, Okto Singapore, S4C in Wales, Irish broadcaster RTE, SVT in Sweden, Clan TV in Spain, Puls TV in Poland, CBeebies in Africa, LTV Latvia, HOP in Israel, Czech TV in Czech Republic, M2 in Hungary, RSI in Switzerland, AMC in CEE and e-Junior in the Middle East.