Learn how the WWE's decades-long licensing program, and growing roster of new collaborations, aims to appeal to fans worldwide. 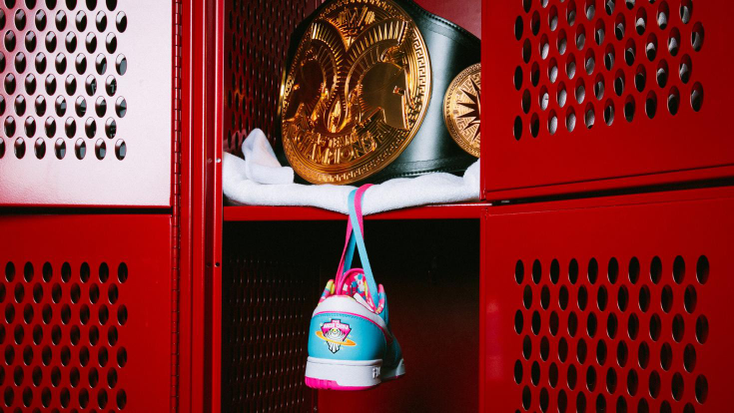 For WWE fans, the company's licensing history can be compared to WWE Hall of Famer Bruno Sammartino–enduring and historic. Its consumer product line has been a foundation of the brand since the 1980s, when a line of action figures and apparel made its way to department and toy stores across the U.S.

WWE is, of course, well-known for its live action, high octane television which drives consumer appetite for products. Currently, WWE broadcasts 52 weeks a year in more than 180 countries and 28 languages around the world. Its "Monday Night Raw" program on the USA network is the longest-running cinematic show on the air with more than 1,300 original episodes, followed by "SmackDown" and "Miz & Mrs" (also on USA), "Total Divas" and "Total Bellas" on E! and "WWE NXT" on WWE Network, the brand's subscription channel where both archived matches and pay-per-view shows are streamed.

makes WWE a unique brand is that there are lots of opportunities to showcase product to its fan base, called the WWE Universe, which crosses multiple generations and demographics, a fact not lost on the brass.

"We're fortunate to have such a robust following," says Sarah Cummins, senior vice president, consumer products, WWE. "We're very mindful and thoughtful about the omnichannel world that we all now live in. WWE thinks about how best to serve our fans and to listen to them about what they want. We intend to give our fans an opportunity to continue to participate with our product."

WWE usually unveils most of its new product during one of its broadcast shows. If a WWE Superstar has a new shirt to promote, then that Superstar will wear it on TV. And WWE fans have multiple ways of purchasing that new tee. If they're at the match, they can go to one of the many merch stands set up in the arena and buy one before heading home. If they're watching the show from home, they can order it from WWE Shop, the brand's e-commerce website.

Fans can immerse themselves more in the WWE Universe through branded experiences, as well. Tickets to Superstar or Ringsider experiences include opportunities such as the chance to walk down the entrance ramp like a WWE Superstar, a meet-and-greet with WWE Superstars, as well as access to exclusive WWE merchandise for purchase.

"We have a strong direct-to-consumer business between our e-commerce and live events," says Cummins. "But nothing replaces the feeling of a WWE Superstar who touches the fan firsthand."