Pistons313shop.com will serve as the official Detroit Pistons merchandise website for the organization. 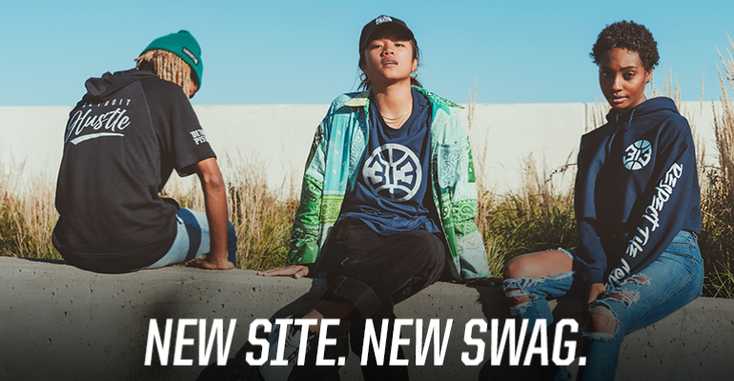 The Detroit Pistons have announced a partnership with Legends to operate e-commerce merchandising for the team.

Pistons313shop.com will serve as the official team merchandise website for the organization.  It will featuring designer men’s, women’s and youth apparel, official NBA team-licensed on-court team gear such as player jerseys, warm-ups, shooting shirts and novelty items for Pistons fans of all ages. The new online destination will also serve as the merchandise home for the Pistons’ NBA G League affiliate, the Motor City Cruise, and the club’s NBA 2K League eSports team, Pistons Gaming Team.

In conjunction with the launch of Pistons313shop.com, the organization unveiled new “313” and “DET” logo treatments that aims to reinforce the franchise’s love for the city and embodies the culture and collective understanding that those symbols serve as more than just an area code or location.  New logos are included as part of a new lifestyle-inspired line of off the court apparel tabbed DETail

Threads. The private label offering focuses on unique silhouettes and designs that celebrate the city, team and history of the franchise.

“We are pleased to partner with Legends on the creation of a new merchandising partnership that will deliver fans unparalleled selection with an easy and reliable online shopping experience,” says Mike Zavodsky, chief business officer, the Detroit Pistons.  “Our DETail Threads private label and new ‘313’ and ‘DET’ logo treatments provide fans a directional glimpse of our merchandising future and how we intend to utilize the power of Legends’ global expertise to diversify the look and feel of our team apparel offerings.”

DETail Threads merchandise will be sold exclusively at Pistons313shop.com. Legends’ strategic relationships with high quality and boutique vendors will also broaden selection and increase value for the consumer.

“It was important for us to deliver exclusive merchandise that is true to Detroit, which offers a unique way for fans to support their teams,” says Dave Moroknek, president, Legends Global Merchandise. “We put an emphasis on making the site easy to navigate and are thrilled with the end product. It’s been rewarding to work with the Pistons organization and can’t wait to tip-off this partnership.”