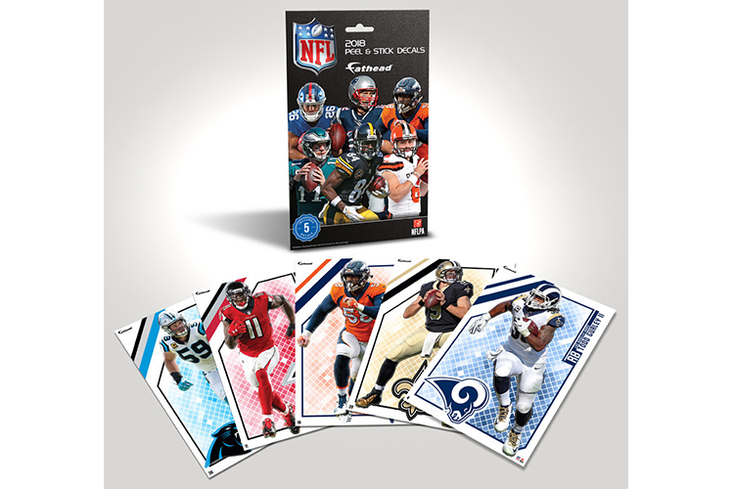 Under the terms of the agreement, SP Images will distribute Fathead’s Tradeable and Teamtable brands at retail outlets nationwide. Individual products include Tradeable packs with five randomly selected 5x7 inch, peel & stick decals; and assorted Fathead Teammate decals.All items are available for NFL, MLB, NHL and NBA players and logos. 2018 NFL Tradeables are scheduled to be released in September. Teammates will be released shortly after.