The U.K.’s Isle of Man post office is celebrating the 100th Tour de France race with a series of commemorative stamps. 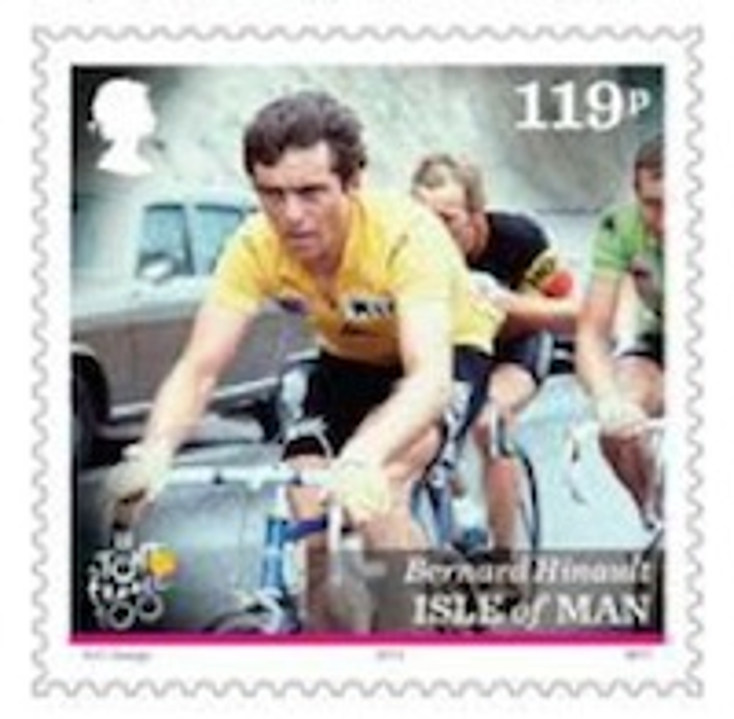 As the 100th Tour de France race continues, the U.K.’s Isle of Man post office is celebrating the sporting event’s centennial with a series of commemorative stamps.

The set of eight postage stamps honor the race’s greatest champions and the role that Britain and the Isle of Man have played in the Tour de France’s history.

The collection features iconic images from the past 100 races with the legendary British riders Mark Cavendish and Bradley Wiggins featured prominently.

It was recently announced that the first stage of the race, known as the Grand Depart, will take place in Yorkshire in 2014.

“When the 2007 Grand Depart took place in London, 1 million people lined the streets, and this time it will be even bigger as the huge success of British cycling has taken the popularity of the sport and the Tour itself to unprecedented levels,” says Mo Diprose, senior commercial manager, CPLG Sport. "The Tour de France is not only one of

the most iconic occasions in the sporting calendar but also taps into the ever increasing popularity of cycling as a leisure pursuit. This gives us a very solid platform to build on in the U.K., and we will be looking to work with partners across a wide range of categories that complement the strong licensing program that already exists.”
CPLG