Expected to release in spring, the game and merchandise will be available to fans online throughout the U.K. 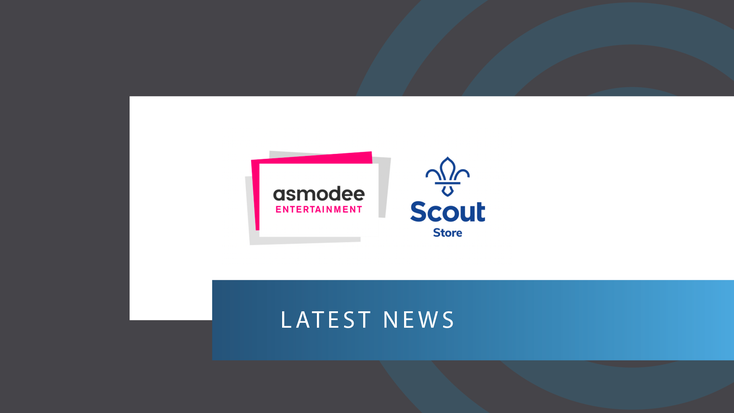 Asmodee and Scout Store logos.Asmodee
Scout Store, a subsidiary of the Scout Association in the U.K., has entered a licensing partnership with

to develop a range of licensed Dobbly-as-Scout merchandise based on Zygomatic Studios’ game, Dobble. The partnership also includes the creation of a special Scout version of the Dobble game, which will be developed in parallel by Asmodee.

“This new license agreement signed with Asmodee is the culmination of Scout Store’s license strategy: partnering with a globally recognized company whose values and ethos align with our Scout values,” says Thomas Robertson, managing director, Scout Store. “As an integral part of our strategy, we believe that a Scout version of the famous Dobble will help our customers and members relate to the products and therefore increase their connection and experience while playing the game. We are delighted to see that our new friends at Asmodee also share this vision and we can’t wait to see the new range of Scout Dobbly products in the market.”

Zygomatic Studios’ Dobble brand, one of the best-selling games in the U.K., France and many other countries, with the Scouts brand is a move by Asmodee Entertainment to flex the reach of one of its largest family brands. This partnership puts Dobble next to other well-known brands with which the Scout Store has partnered such as Hello Kitty and The Smurfs.

“Helping this partnership to become reality has been a great honor and joy,” says Alexander Thieme, licensing manager, Asmodee Entertainment. “The upcoming range of merchandise and the game itself will undoubtedly bring lots of joy to Dobble fans in the U.K. and be instant collectibles no doubt.”