Pride takes over to the marketplace. 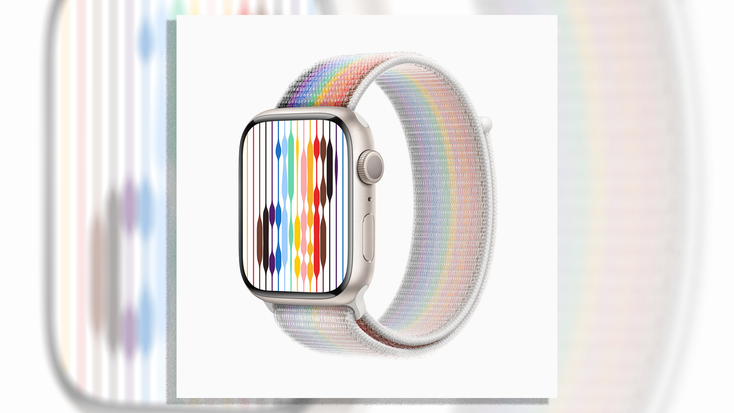 , Pride Month is celebrated in June to commemorate the Stonewall Uprising of 1969 in New York City in response to police oppression.

With this and other societal-focused events (e.g., Juneteenth, Black History Month, Breast Cancer Awareness Month), there’s always a question as to whether retailers are merely using the holidays and dedications to increase sales or if they are true supporters. It’s a conundrum License Global

touched on last year in a feature on

. But perhaps it’s better to focus more on the positive idea of shining a light on the issues and less on motive. As Oscar Wilde once said, “There's only one thing in the world worse than being talked about, and that is not being talked about.”

The growing trend in retail and brand support for Pride programs follows an increase in people who identify as LGBTQ+. According to a

released in February, the percentage of U.S. adults who self-identify as lesbian, gay, bisexual, transgender or something other than heterosexual has increased to a new high of 7.1%, which is double the percentage from 2012, when Gallup first measured it. Moreover,

has also found that Americans are increasingly more accepting of gays, lesbians and transgender people.

Every year, it seems like more and more retailers and brands are jumping into the Pride parade through special promotions, merchandise, collaborations and events.

notes that although some brands may only offer support and partnerships during Pride Month, there are many that are making the commitment to Pride a year-long endeavor. Notably, Target did not issued a press release this year acknowledging Pride Month as it engages in year-round Pride promotion, consistently working with and highlighting

Numerous companies have partnered with

, an organization whose aim is to end suicide among lesbian, gay, bisexual, transgender, queer and questioning young people. Here is just a small sampling of some of the partnerships, new and ongoing that are happening this year.

Food fanciers can support Pride with a variety of drinks and snacks. In partnership with GLAAD, Kellogg’s introduced limited-edition

is celebrating Pride Month with a limited-edition “Pride Cake.” The Cake for Good will support two organizations strengthening the LGBTQ+ community: The Trevor Project and the Victoria Pride Society. For every Pride Cake sold through July 31, or while supplies last, MOD will donate $0.25. Wine enthusiasts can sip some Stella Rosa Wine, which is supporting GLAAD's continuous efforts with a $75,000 donation.

If you prefer to shop your support,

celebrates this Pride Month with a new product collection and a $100,000 commitment to The Trevor Project. A true advocate, Kohl's achieved a score of 100% on the

, earning the designation as a Best Place to Work for LGBTQ Equality for the third consecutive year.

. Additionally, Macy’s is recognizing Pride with exclusive merchandise available at select stores, on

announced in May its #SayGay Pride 2022 campaign partnering with

. In addition to launching a new gender-neutral clothing assortment and two returning fragrances, rue21 will make a donation to The Trevor Project, which will help expand its free, 24/7 crisis services to serve the more than

LGBTQ young people who seriously consider suicide each year in the U.S. Select products feature statements such as "Stay Proud," "Let Me Be Perfectly Queer" and "LGBT Rights Are Human Rights."

"Every product we offer allows our customer to express their individuality through their own personal style while celebrating our differences," says Cat Morisano, chief merchandising officer, rue21 “At rue21, integrity matters and we own our words and actions, and our Pride collection is our continued commitment to show that all are accepted, respected and welcomed.”

Kate Spade New York is partnering with The Trevor Project for the third year. The company has an online

featuring a variety of rainbow products with 10% of the profits going to The Trevor Project.

Abercrombie & Fitch has launched its gender-inclusive

June offers a variety of special products, strategic partnerships and charitable donations to support the LGBTQIA+ community. While many retailers and brands have collaborated or donated to the Trevor Project, others have chosen to partner with other advocacy groups, including

The Venture Out Project

Schwinn, a brand of Pacific Cycle, has announced the launch of its first

in collaboration with LGBTQ+ artists, Lisa Congdon and Rae Senarighi. The bikes will be auctioned with proceeds and donations going to The Venture Out Project to support its vision of a world where queer, trans and LGBTQ+ youth and adults create community, develop leadership skills and gain confidence through the shared experience of outdoor adventure and physical activity.

launched a range of Pride Month initiatives across QVC, HSN and Zulily to elevate LGBTQ+-owned businesses and celebrate the history, contributions and achievements of the global LGBTQ+ community. It has also made a $100,000 donation to The Trevor Project.

In celebration of Pride Month this June,

If you want to support the LGBTQ+ Community through travel,

announced Hyatt is offering curated Pride-inspired experiences. Hyatt hotels offer countless ways to celebrate Pride at select locations year-round, including memorable experiences at properties across the globe – from roundtable discussions and rooftop parties in Mexico to unique packages and iconic festivities in Amsterdam and beyond.

Disney is standing firm on pride, despite the backlash it suffered after taking a stand against the “Don’t Say Gay” bill legislation in Florida. Disney is selling a slew of pride-themed merchandise in its Disney Pride Collection (previously, Disney's pride collection was called, "Rainbow Disney," and lacked a clear association with Pride Month). All profits from the collection sales through June 30, will go to support LGBTQIA+ youth and families.