The global toy industry is constantly growing and can be unpredictable. The NPD shares its insight on the current state of toy properties around the world. 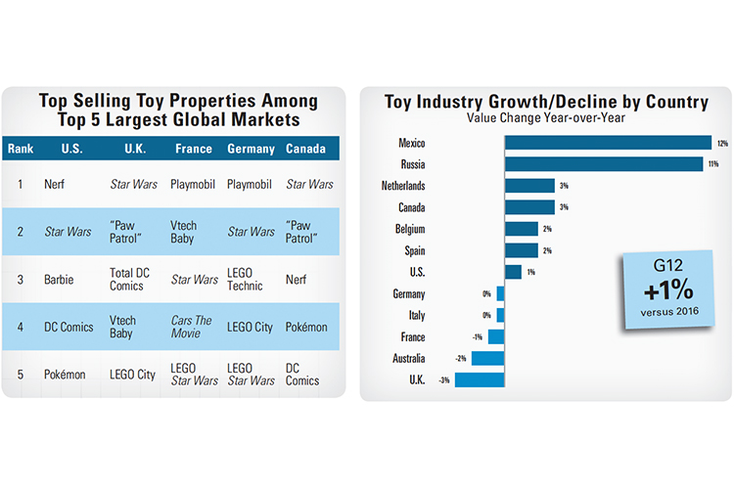 was once again the largest toy property in the 12 countries NPD tracks globally for toys.* With more than $1.3 billion in toy sales, Disney's mega property remained the most popular franchise for another year. That being said,

does not resonate equally in all countries. In Russia and Mexico, for example, it did not rank among the top five, but in the U.K. and Canada

In each country global properties hold the top spots, but local properties sometimes also manage to climb the ranks. There is no better example of local success than in Spain last year, where two out of the top five properties were from local manufacturer Famosa.

While Nerf, Barbie, DC Comics and Pokémon all rank among the top five global toy properties, they were not part of the top three gaining properties for 2017. The top gaining property in terms of dollar sales increase was Spin Master's Hatchimals, which launched into collectibles after first emerging as a Christmas

, fueled (pun intended) by the release of the third installment, and L.O.L. Surprise! from MGA Entertainment, which also housed the top selling item in the U.S. market for the year as well as collectively among the largest European toy markets (France, Germany, Italy, Spain and U.K.).