Market Report: The State of the High Street

U.K. retailers are certainly not immune to the forces reshaping the retail sector worldwide, but the pace and character of this transformation is being amplified by a singular economic phenomenon unique to Great Britain–Brexit. 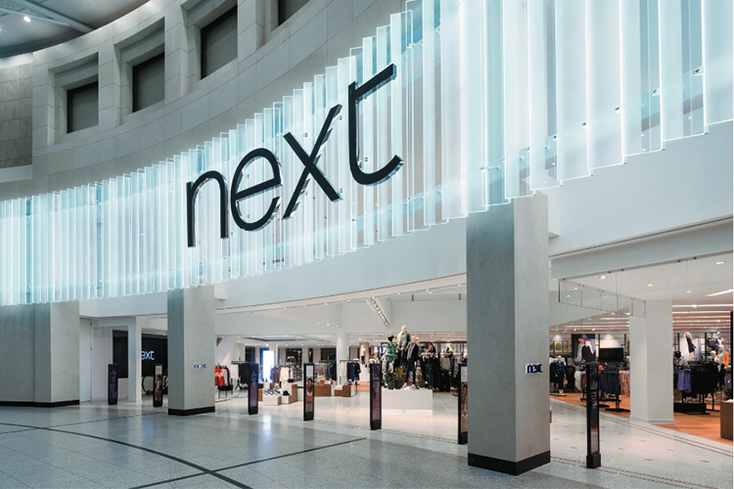 There is something to be said about the fact that England, the birthplace of the department store, is now at the center of another major evolution in retail.

Economic pressures and technological innovations are creating a seismic shift in the way consumers shop worldwide, and this shift is being felt with particular intensity in the U.K.

To see this in action, one need look no further than one of the first department stores ever to grace the British High Street–Kendals. Kendals opened in 1832 in Manchester and is still in operation today, although under a new name–House of Fraser Manchester.

In early August, House of Fraser (including the former Kendals store) became another high-profile victim of the U.K.’s retail

revolution when it entered administration. However, in a surprising twist, just hours after the announcement was made, Mike Ashley’s Sports Direct International swooped in to the rescue. Sports Direct, which previously held a minority stake in the company, agreed to buy the brand and its stores for £90 million.

As with many of the U.K.’s largest retailers, the fate of House of Fraser remains to be seen. And with a number of other major players entering administration or announcing significant restructuring (BHS, Maplin, East, New Look, Toys ‘R’ Us, Poundland and Mothercare, to name a few), it’s no surprise that the headlines are filled with laments about the “death of the high street” and a “crisis at retail.”

But if the three previous Industrial Revolutions have taught us anything, it should be to have faith. These periods of upheaval, while painful, and, yes, even fatal to some institutions, are also drivers of great innovation and advancement.

So, as we delve into the unique pressures and circumstances driving this intense period of change in the U.K., take heart–because if any country is equipped to lead the next stage of retail’s evolution, it’s Great Britain.

The Economics of Evolution

“Retail is changing at a faster pace than ever before. Entirely new models are emerging and retailers need to adapt as never before,” says Paul O’Mara, licensed character designer, Marks and Spencer. “Customers are seeking a more authentic connection with brands outside of the traditional brick-and-mortar environment. All in all, it’s an exciting, but incredibly challenging time for retail in all markets.”

And the impact of the Digital Revolution on retailers in the U.K. has in many ways been faster and more intense than in other markets because of British consumers’ enthusiastic e-commerce adoption.

The U.K. is second only to China when it comes to e-commerce uptake, according to eMarketer. In 2017, 19.1 percent of all retail sales in the U.K. were made online, far outpacing other European countries and the U.S.

As one would expect, e-commerce retailers have a major presence in the market, with e-tailers like Asos, Farfetch and Missguided growing rapidly. In fact, Mintel estimates that one in every five young clothing consumers now buys from Asos.

Amazon, the only e-tailer to appear among Britain’s top 10 retailers according to GlobalData, has “emerged as an aggressive bidder” for some of the 42 locations that DIY chain Homebase announced in August it would be closing, as the digital juggernaut looks to expand its warehouse and delivery network, according to the Sunday Telegraph.

Meanwhile, in April Walmart announced it was selling a large portion of its stake in Asda (which was snapped up by fellow grocery chain Sainsbury’s), in part to fund a $15 billion investment in the Indian e-commerce company Flipkart.

The e-commerce threat is further exacerbated in Great Britain by high business rates (commercial property taxes), which can make the cost of running a brick-and-mortar operation particularly high.

A number of high street retailers have referenced these rising costs as contributing to their financial challenges, including New Look (which launched a CVA in March), Maplin (which entered administration in February) and even consistently strong performer Next.

Despite stronger than expected sales in the three months leading up to July 28 and a 12.5 percent jump in online sales, Next’s chief executive Simon Wolfson was far from optimistic about the long-term challenge of keeping physical stores profitable, citing “unfair” business rates as a chief problem.

Survival of the Fittest

The heightened pressure brick-and-mortar retailers in the U.K. feel from digital newcomers has an upside though–it has forced them to adapt more swiftly than retailers in other markets.

“Having the right product at a competitive price isn’t enough in today’s retail environment,” says Phil Geary, chief marketing officer, The Entertainer. “Giving customers a seamless multichannel journey with a multitude of pick-up, payment and delivery options is a must.”

The Entertainer, which is the U.K.’s largest independent toy retailer, has avoided the fate of other pure-play toy retailers like Toys ‘R’ Us by focusing on the customer experience, both in-store and online. On the digital front, this includes a recent website upgrade, expanded payment and delivery options and the addition of a 30-minute click-and-collect service.Oasis is finding success in the equally competitive category of women’s fashion by putting a focus on the omnichannel experience with online platforms designed to merge seamlessly with the brick-and-mortar experience and till-less checkout in-store.But the retailers finding true success in this tough market are those that leverage their brick-and-mortar presence.

“Our ongoing customer research program points to in-store experience being top of the list of reasons to shop with us,” says Geary. “We invested £1 million to launch our global flagship store in Westfield London earlier this year with customer experience front of mind, featuring floor-projected gaming, a magic mirror and even a fart button.”

Other country-wide programs, such as a Quiet Hour to allow families with autistic children to shop in a calmer environment, give shoppers a reason to visit Entertainer stores rather than go online.

Next has also been experimenting with a range of in-store activations from cafés to children’s activity centers and even a new partnership with U.S. online car dealer Rockar to use excess space in its Manchester Arndale store to host a five-car Ford showroom.

Another bright spot among brick-and-mortar retailers is Primark, which is particularly interesting for the fact that it has resisted the pull of e-commerce. Sales were up 6 percent at the discount retailer in the first part of 2018, as low prices drew in increasingly cost-conscious consumers.

And the country’s largest retailer, Tesco, is back on the rise after reporting the worst results in its history in 2014. Profit and sales increases in the first quarter of 2018 indicate that the company’s three-year turnaround plan is bearing fruit, and the retailer added to its behemoth status with the £4 billion acquisition of food wholesaler Booker in March.

The last decade has been tumultuous for most world markets following the Great Recession, but like many of its counterparts, the U.K. is finally showing signs of stabilizing and even strengthening.

At 4 percent, unemployment in the U.K. is the lowest it’s been since 1975, and retail sales for the second quarter of this year were up 2.1 percent, marking the biggest single-quarter gain since 2004, according to the Office for National Statistics. Perhaps the biggest vote of confidence was The Bank of England’s unanimous decision in August to raise interest rates for only the second time since the recession.

But Britain can’t quite seem to catch a break–buffeted by “The Beast from the East” cold wave in the early part of the year, followed by a heat wave that subdued commerce this summer, the biggest storm yet is still on the horizon–Brexit.

Uncertainty surrounding Brexit is weighing heavily on the British economy. Wage growth in the U.K. has been stagnant since the 2008 financial crisis, running only a fraction above inflation, which is ticking up amid concern about Brexit. Combine that with the continued depreciation of the pound, and the result is consumers who are tightening their belts and retailers that are feeling the pinch.

“Consumers are spending less, in a much more considered way,” notes O’Mara. “Marks & Spencer has reported a marked deterioration in clothing sales, and we’re not alone. Subdued consumer spending ahead of the Brexit vote and the uncertainty surrounding the Brexit negotiations have had an affect across all U.K. businesses.” And that uncertainty doesn’t look like it will be clearing up anytime soon, despite the fact that the March 29, 2019 deadline for the U.K.’s exit from the EU is looming.

In late August, U.K. Brexit Secretary Dominic Raab issued a series of advisory documents to help U.K. businesses prepare for the potential of a “no-deal Brexit.” While intended to allay fears about whatƒworkign will happen if Britain fails to reach a deal with Brussels before the deadline, the documents seemed to only add to the panic, which is now so present in the lives of Britons that it has its own name–Project Fear–and has been likened to the maelstrom surrounding Y2K (with many of the same attending fears –critical shortages of medicine, empty food shelves, etc.).

It is possible that, just like Y2K, Brexit will be anticipated with a roar and yet arrive with a whisper. It is also possible that in the few short months left, Britain and Brussels will be able to reach a deal that mitigates disruption to the European economy.

The only thing that is certain at this point is the very real impact of all the uncertainty.This truly is an evolutionary moment for retail in general, and the U.K. in particular, as the country works to redefine retail in a digital world, at the same time that it must reposition itself within the EU ecosystem.

“Working at M&S we are encouraged to look at all events as an opportunity,” says O’Mara. “My main focus is on the licensed areas of the business and this is especially true in that arena. Dire headlines give us the perfect opportunity to offer some light relief from the relentless negativity in the news. Uplifting product can inject some positivity in our customers’ lives.”

house of frasermothercareremoveToys 'R' Us