Since its debut in February 1998, License Global has not only been an industry leader, but an essential source of news and insight for the licensing industry. Now, 20 years on, the magazine continues to serve as a crucial source for licensors, licensees, manufacturers and retailers looking to make a mark in the industry. Take a look at how License Global has helped to shape brand licensing. 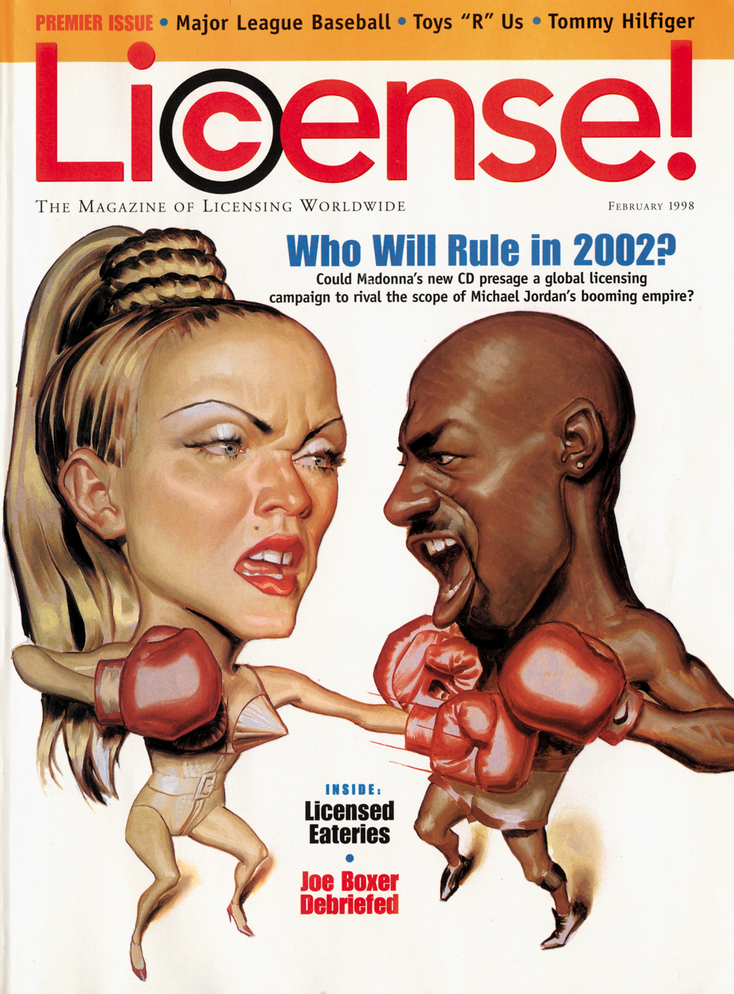 has not only been an industry leader, but an essential source of news and insight for the licensing industry. Now, 20 years on, the magazine continues to serve as a crucial source for licensors, licensees, manufacturers and retailers looking to make a mark in the industry. Take a look at how

has helped to shape brand licensing. 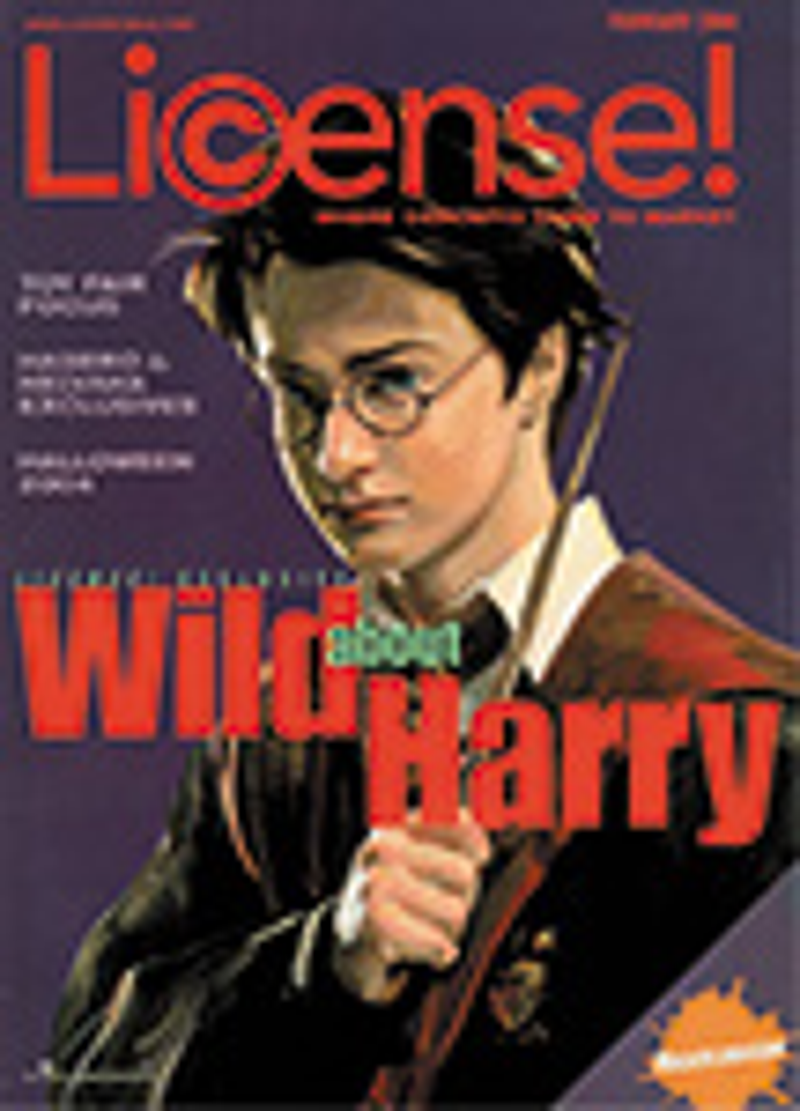 As licensing began to emerge as a viable business in the 1990's, the need for an industry-specific publication became apparent, and when a prototype issue of

debuted at Licensing Expo in June 1997, the positive reactions were overwhelming. As the industry made leaps and bounds forward,

was also there making significant strides forward as the business' indispensable thought leader. 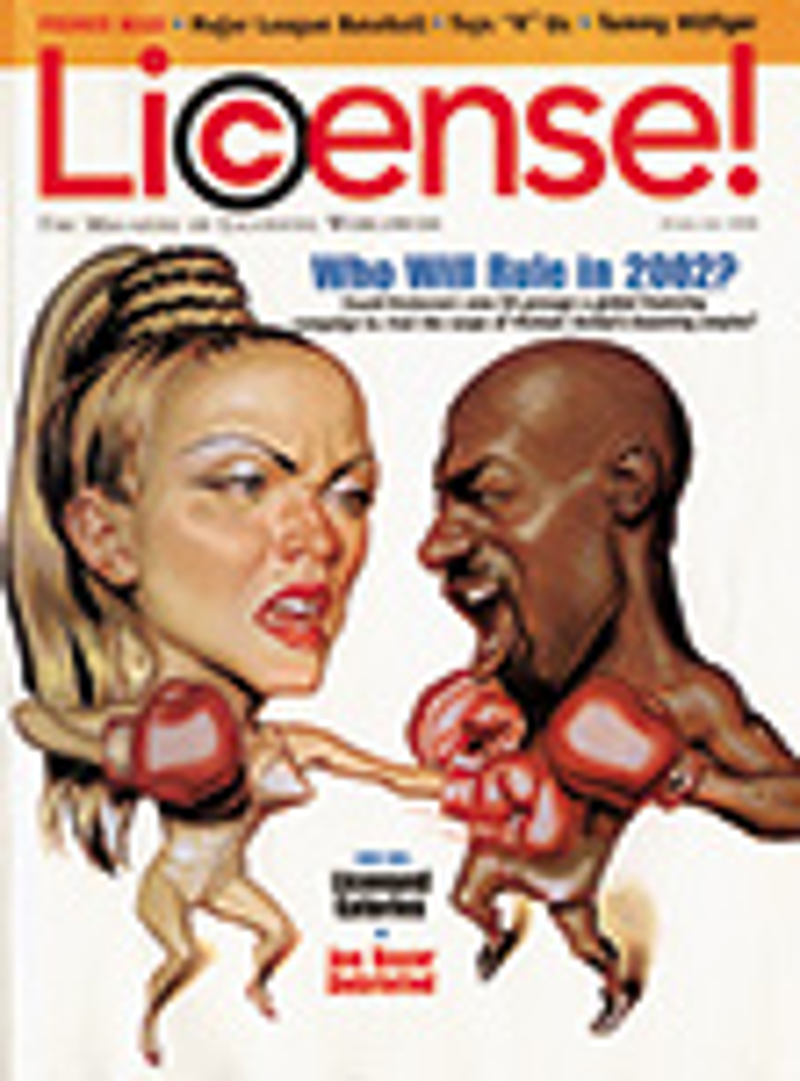 Shortly after the publication debuted its prototype issue, the magazine's investors fell through, necessitating the need to find funding for the first published issue via advertising... all in three short months. Fortunately, the magazine secured advertising from major companies like Viacom Consumer Products, Warner Bros. and Saban Brands, among many others.

In February 1998, the very first issue of

was published and featured an illustrated image of Madonna boxing it out with Michael Jordan for the licensing crown.

and now brand director, licensing, UBM. "The idea was to do something that would really capture people's imaginations and get them to pick up a new magazine. At the time, Michael Jordan was already on the downside of his career, but he had done tremendous licensing deals, and Madonna had been around since the early '80s, but was constantly re-inventing herself." 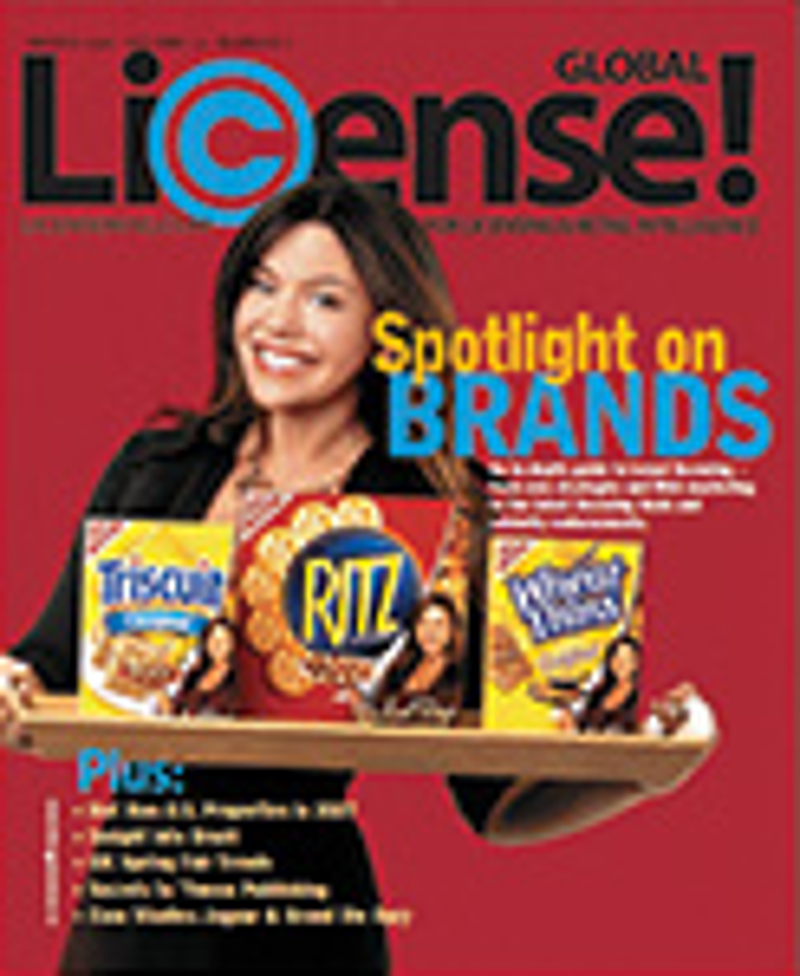 Up front, the magazine published various news from the industry (similar to today's BizBriefs section), as well as editorial segments dedicated solely to entertainment, publishing, corporate brands, sports, art and other categories–something that hadn't been done before. 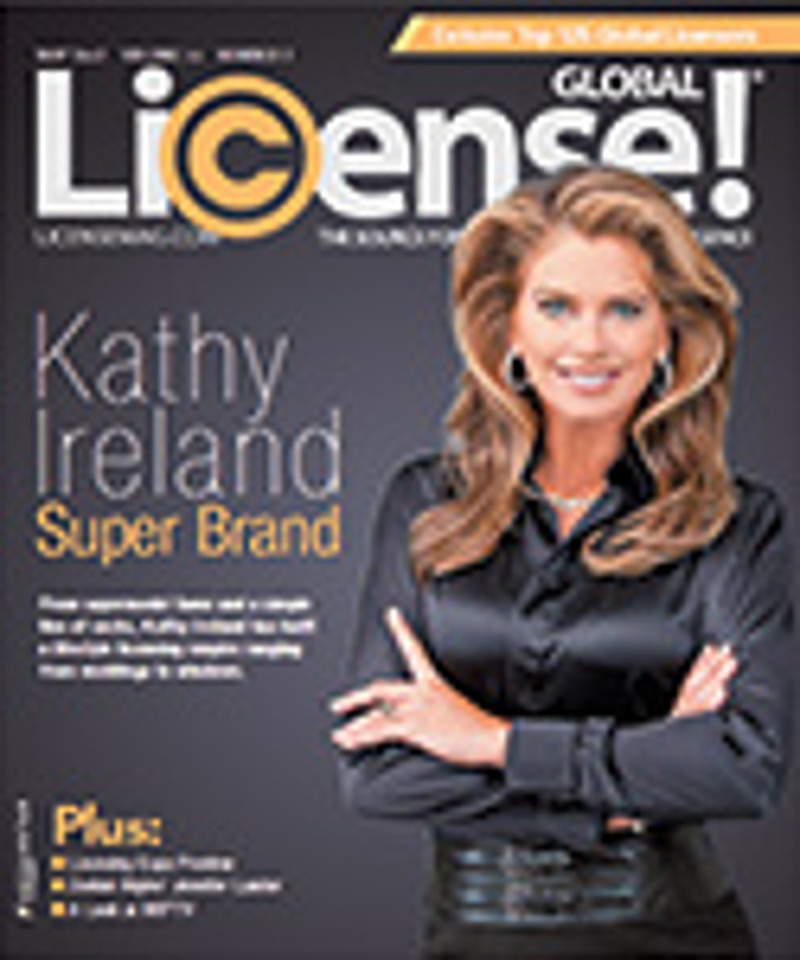 Following the launch of its debut issue,

was approached by Advanstar (now owned by UBM), which had recently picked up Licensing Expo from the International Licensing Industry Merchandisers' Association and believed each of its trade shows should have a lead publication. Eventually, Advanstar acquired 50 percent of the

as the official publication of Licensing Expo. In 2000, Advanstar opted to purchase the remainder of the publication and assisted in

During the publication's first decade, it covered a breadth of topics including the delayed response to

merchandising program, corporate brands like Mr. Clean and Jeep, celebrities such as Kathy Ireland and Britney Spears, a score of art brands and more.

also launched in-depth reports such as the magazine's most notable report, the Top 150 Global Licensors, which actually began in April 1999 as the Top 50 Licensors. As the ranking became popular, it expanded first to 75, then to 100 and 125, and finally to 150. Today, the report provides retail sales data on the world's largest licensors across all categories and provides valuable insight about the world's most important and well-known brands. 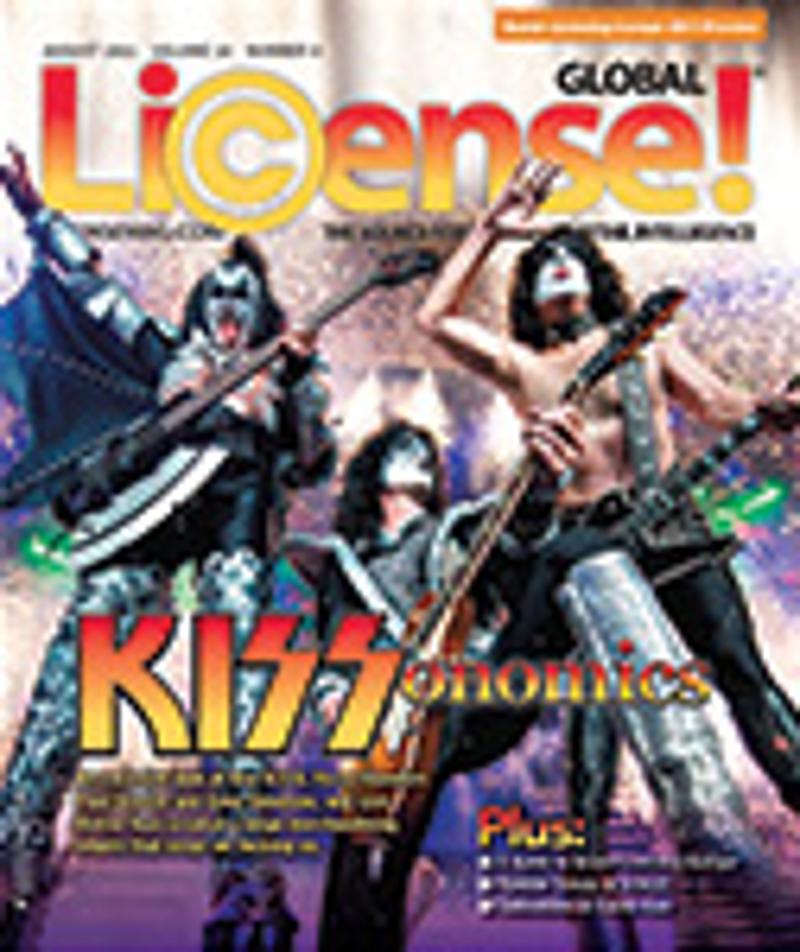 . The magazine initially launched as

with a focus solely on the U.S. market. However, after Advanstar acquired Brand Licensing Europe, the company's U.K. team launched

and the U.S. publication merged operations in 2006. In January 2007, the first issue of

made its debut to executives worldwide with stories examining business around the world. 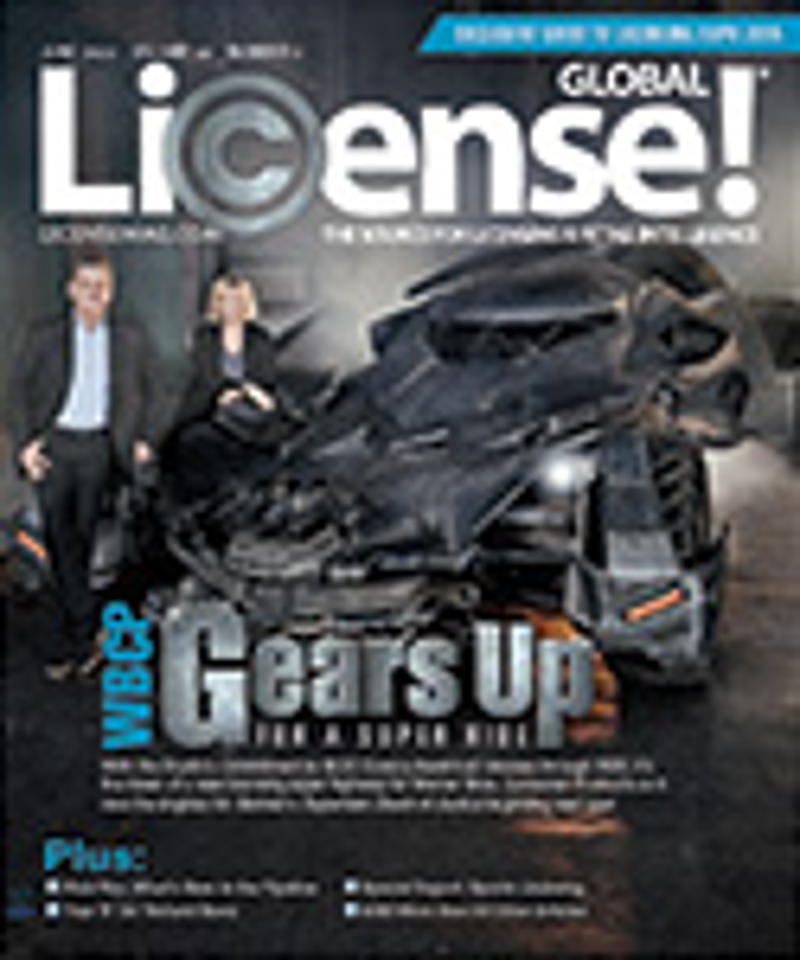 is the leading source of news and trends for the global consumer products industry. Not only is it the definitive day-to-day resource for licensing, but it is also the publication of the industry's top annual events–Licensing Expo and Brand Licensing Europe–where it provides on-site coverage in daily special editions. 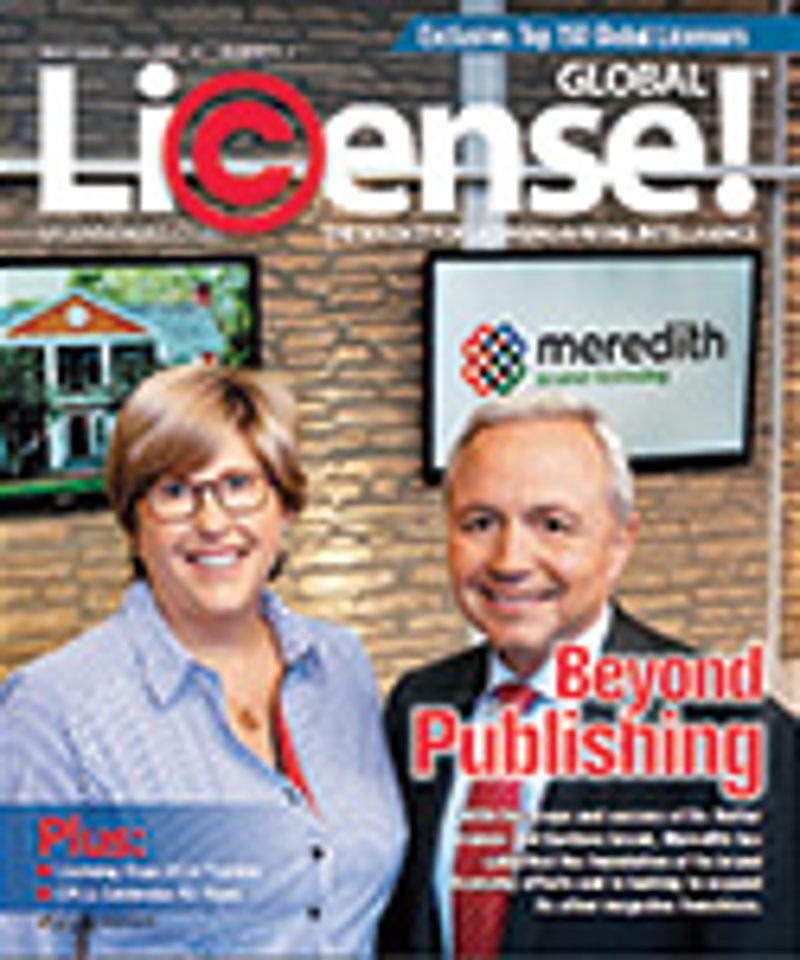 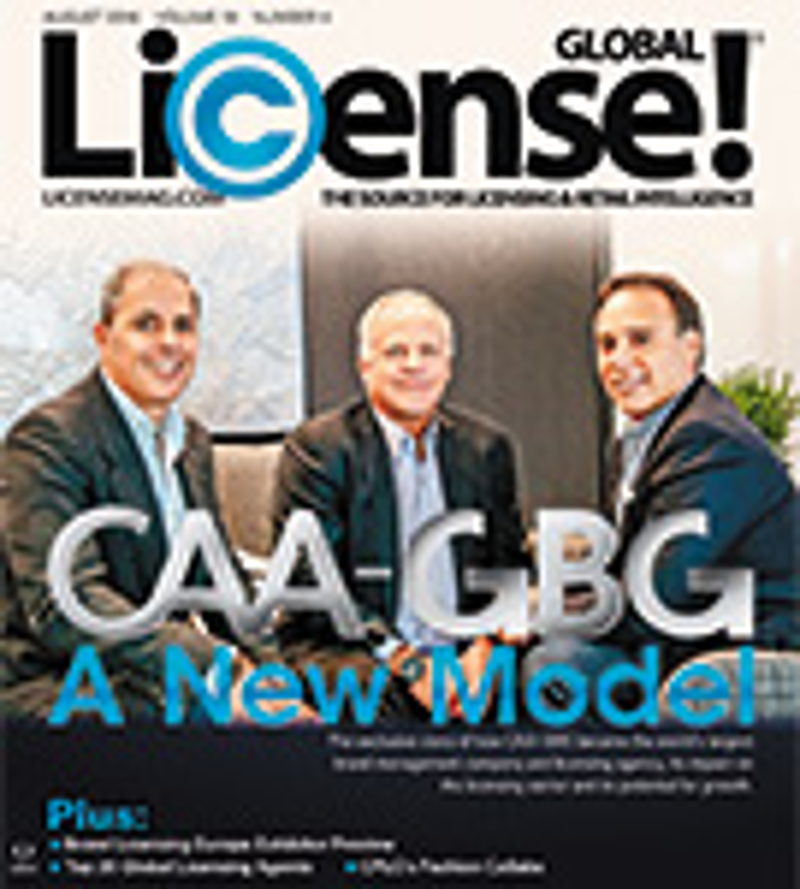 While the magazine celebrates its 20-year history and accomplishments this year, it also has substantial goals for the future as it continues to

transform alongside the licensing business. And while you likely won't see any licensed merchandise from

you may be seeing more new developments from the magazine in the next five years.

"I believe that our next step is video product," says Ekstract. "I think that our industry lends itself very well to it and it's a natural evolution, which is part of the reason we launched LicenseTV. Although it's still in its infancy, we're the first to be doing it in our part of the business and I think we'll get there."

UBM's Global Licensing Group is also gearing up to celebrate

Taking place May 22 from 7:30-10:30 p.m., this year's party will return to the Mandalay Bay with a new format to better encourage networking. Early bird tickets for the can't-miss networking event will be available for $65 and $50 for LIMA members.

Licensing Expo, the world's largest and most influential licensing industry event, will take place May 22-24 at the Mandalay Bay Convention Center in Las Vegas, Nev. For more information visit